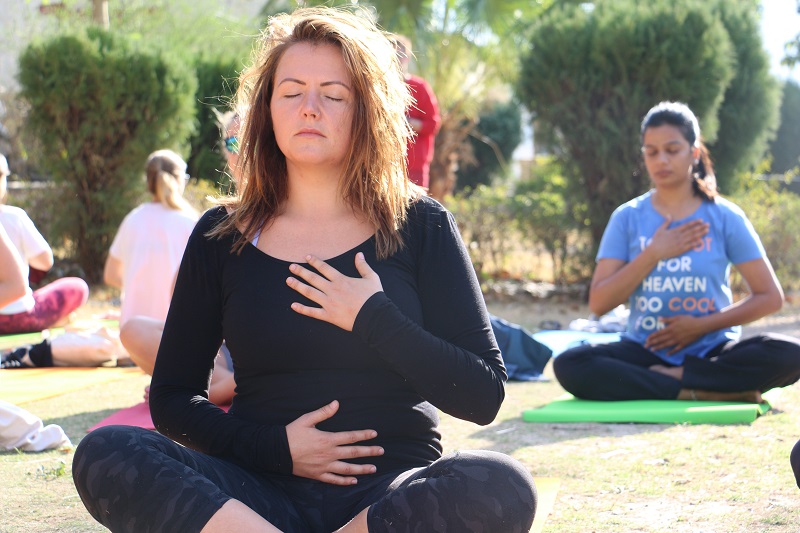 If we go through the history of yoga, we can see how yoga had lost its significance and presence in that era. It was that time where yoga’s legacy in hand of some number of yogis or sanyasi. That’s making restricted the philosophy of yoga within some geographical areas or countries like India. Although, some of the yogis contributed to spreading yoga philosophy worldwide. If we say Swami Vivekanand is one of the among who first gained the attention of yoga philosophy in front of a country like America in his lecture in 1893, it will not an exception. He was first to address the world’s parliament of religions in Chicago. He included some philosophy of yoga in his lectures. He was the person who not only introduced yoga to the west but also created an impact on them with his applauding speech. This is the time where yoga started gradually to gain attention worldwide. Swami Vivekanand had made an approach that obviously yoga comes from Hindu religion (ancient Sanskrit Text) but this philosophy can be used or apply by anyone from this world. Yoga should not be considered by a particular religion. This is an art that can be approached by anyone.

Know about Top 10 yoga Gurus further who plays a significant role to make popular yoga not only in India but also worldwide. They have contributed to revitalizing the philosophy of yoga in the modern era. If you want to know more about yoga and learn it in a way that you also become a medium to spread yoga philosophy throughout the world, then you can join Yoga Teacher Training in Rishikesh.

Tirumalai Krishnamacharya (1888-1989)-  Tirumalai Krishnamacharya is one of the great names among yoga guru in India. He lived for 100 years and steadily broaden the knowledge of yoga through his teaching to many people till his death. Probably he made it possible that every yoga form is practiced today in the world. He taught pupils in a yoga school Mysore, Karnatka throughout his whole life. This is the reason that he has given a title by his followers as- “Father of Modern Yoga”. He brought significant yoga asana like Sarvangasana (shoulder stand) and Shirshasana (headstand) in his classes. He was the first guru who joined the breathing technique with physical exercise and even brought yoga asana with meditation.

B. K. S. Iyengar (1918-2014)-  B.K.S. Iyenger is one among the disciples of Tirumalai Krishnamacharya who played a key role to spread yoga internationally. In 1975, Iyenger established the Ramamani Iyengar Memorial Yoga Institute in Pune. His yoga style is popularly known as “Iyengar Yoga”.  His yoga style is different from others, he used props like chairs, benches, ropes, belts, woodblock, and cushions in his unique yoga asanas. He was passed away at the age of 96 but always remember for his contribution.

Pattabhi Jois (1915-2009)- Pattabhi Jois is another name on the list who made yoga famous in the world. He was also among the series of disciples of Tirumalai Krishnamacharya. Pattabhi was a founder of the Astanga Yoga Research Institute in Mysore. This Astanga yoga basically based on eight limbs which a sequence of six series, that come under a group of asanas conducted under the supervision of the instructor. He made yoga style simple and clear that takes the attention of people across the world.   He gave priority to breathing techniques and asanas for well-being.

Indra Devi (1899-2002)-  Indira Devi’s original name was Eugenie Peterson, and her name comes under the list of the well-known yoga teachers. She was one of the disciples of Tirumalai Krishnamacharya also known as “Father of Modern Yoga”.  She spread out yoga practices around the world opening their yoga schools over there. She also wrote a book on yoga with stress-releasing benefits that gain much attention in America. After this, she got the title “First Lady of Yoga”. You can also join 300-hour yoga teacher training in Rishikesh for exploring your talent for yoga around the world.

Bikram Choudhury (1944- ) – Bikram Choudhary is known for his unique hot yoga exercise. He has devised this style from Hatha Yoga. He tried to make an artificial calamity like India. In which he has put 26 postures and breathing techniques in a sequence along with room temperature 41° C (105° F), 40% humidity.  He established his first yoga school in California (United State) with a unique heating room style. This exercise includes a 90 minutes session. He has given his own name to this hot yoga as Bikram Yoga in the United States. And now this hot yoga is also known as Bikram Yoga. Chaudhary is alleged of sexual assault and discrimination against sexual and racial minorities during his yoga classes.