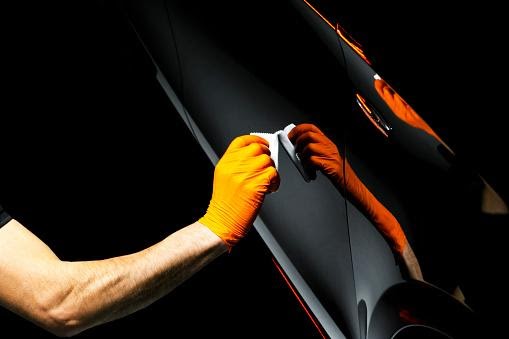 One of the most excellent methods to preserve an old automobile from corrosion and rust is undercoat it. In fact, due to its effectiveness, new automobile owners prefer undercoating their vehicles as soon as possible after purchase. It helps to provide additional protection from the start.

However, there is always a general lack of support for undercoating when it comes to pre-owned vehicles. Many automobile owners and experts feel that undercoating is unnecessary for used cars, mainly because their undercarriages are likely rusted and corroded.

According to them, undercoating is best as a preventative rather than a reactive protective method.

Consulting car body undercoating service can be helpful for car owners because the experts will advise you what is best for your car.

Undercoating and rust-proofing are two ways to protect and care for your vehicle‘s underbelly. Even if you reside in a warm region where ice-melting chemicals are not present on the roads, it is critical to protect the underbelly of your vehicle, truck, or SUV against corrosion and rust.

Even though the names are used interchangeably, an undercoating refers to the vehicle’s exterior.

Inside the car, rust-proofing is applied. If you are unclear about the service, inquire about the location of the application. A car undercoating gives you the long-term safety and functionality you require.

What Exactly Is Undercoating?

The act of putting a protective solution to the underneath of an automobile, which has numerous exposed metal pieces that might rust or get damaged over time, is known as undercoating.

You can spray or paint protective undercoat spray with brushes. Still, the idea is to apply the material in an even and consistent manner, ensuring to cover every nook and cranny.

Companies use many various sorts of chemicals for undercoating, with each choice differing in price, strength or thickness, and a variety of other aspects.

Benefits of having an undercoating done

Here are the benefits of having an undercoating done on your vehicle.

It Adds a Layer of Corrosion Prevention

When you spray an undercoating to a car adequately, you’re adding a layer of protection against rust and corrosion on the back end. Rather than interacting with the car’s mechanical elements, the debris collides with the undercoating, which prevents dangerous materials from entering the vehicle. Despite the fact that undercoating will eventually wear away, it can provide years of corrosion protection.

It Will Increase the Lifespan of Your Automobile

Because of its rust resistance, appropriate undercoating increases the life of your car. Corrosion does more than deteriorate the metals in your car.

It can enter your metallic wires and cables, harming any component made of steel or aluminum. When you don’t use a car undercoating, your engine can rust.

Because of the debris, you meet while driving, the underside of your car will collect nicks, chips, and dents over time.

Contemporary materials give an even layer of protection since they can morph into diverse regions of minor damage.

A contemporary undercoating forms a living barrier that your car may employ to aid self-healing.

Rustproofing works best when performed by a professional on your car. However, if money is inadequate and you have some auto maintenance abilities, you can perform the task yourself.

Just keep in mind that using a Custom coating will result in a bit of a sloppy mess. Therefore, it is suggested to make the experts do work. Car body undercoating service consists of a team of experts who can help you with the undercoating needs of the car at affordable rates.

Vehicle insurance can be risky. If you limit the chances of a claim by providing your car with proactive treatment, such as undercoating, you may be able to cut your total rates. States with high levels of acidities, such as Hawaii, often benefit from this advantage. Northern and coastal states in the United States may also profit from this.

Although the premium reduction will not cover the cost of the service, certain owners may be eligible for a 3 to 7 percent discount.

The noises of the road can be pleasant when driving if they aren’t too loud. In rare cases, noise pollution can be overpowering to the driver of a lightweight vehicle.

Applying an undercoating layer produces a sound barrier, resulting in a quieter interior. Following the servicing, many drivers report that the audio levels in their vehicles are substantially lower.

There Are a Variety of Undercoating Techniques to Choose

A tar-like material is applied to the exposed components of the vehicle’s underbelly in a normal undercoating process. A dripless oil spray coating on the automobile’s body is a waxy substance that solidifies as it dries.

While the drip-oil approach might result in dripping for up to 48 hours after application, this third option is the most frequently used at the dealership in terms of cost.

Whether you choose the most up-to-date way or the tried-and-true one, understanding the many possibilities should enable you to select the best one for your car.

This method can stop the corrosive effects of rust by using a weak electric current. Owners and drivers of automobiles do not favor this strategy. Because this is a relatively new technology, the feedback on this approach is divided.

Oil Spray with No Drip

A wax-like material is sprayed across the car’s whole body and hardens once dry. Because of its high viscosity, this sprayer does not reach all of the nooks and crannies of the undercarriage.

Leak oil sprays tend to drip after application until they dry. This dripping might remain for up to 48 hours after it is applied. It is the most popular way of undercoating.