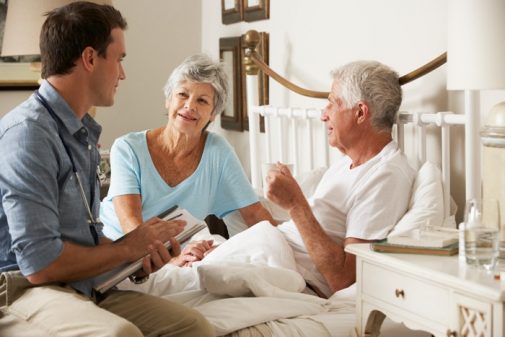 Pharmacy benefit managers (PBMs) first emerged in the 1970s and acquired increased popularity with the passage of the 2003 Medicare Modernization Act, which created Medicare Part D. Historically, PBMs served as a mediator between the insurer and the pharmacy. While PBMs continue to play this function in specialty pharmacy, their relevance has grown exponentially. These powerhouse players continue to have an increasing impact on costs, care networks, treatment accessibility, and patient outcomes.

While proponents suggest that PBMs help level the playing field through benefits such as effective cost negotiations, others fear that these institutions wield unfettered power that could eventually prove destructive, to assist in regulating a sector that has remained chiefly legally recognized, four measures calling for pricing transparency have been proposed in the United States Congress recently.

Legislators and healthcare professionals hope that three measures – HR 1038, HR 1316, S.3308, and one dubbed C-THRU – will help ensure that PBMs and other pricing players act ethically and in the best interests of patients.

Perhaps one of the most compelling advantages of PBMs is their ability to influence prescription pricing. These businesses are critical supply chain components, and three influential brands – CVS Caremark, United Healthcare’s OptumRx, and Express Scripts – are believed to control between 80% and 85% of the market.

Due to their market dominance, these firms have considerable influence in negotiating lower prices with makers. Along with cost savings on critical pharmaceuticals, these agreements may increase the usage of generics, which lowers total plan expenses and member out-of-pocket expenditures.

Among the most pernicious aspects of the PBM, the landscape is the exclusionary networks frequently formed due to PBM agreements. Preferred pharmacies offer reductions in exchange for the promise of increased business through these relationships. While this may appear to be a reasonable arrangement, participating pharmacies may be required to pay direct and indirect remuneration costs (DIR fees), which can negatively affect their financial bottom line and jeopardize the existence of independent brands.

Pharmacies frequently miss out on prospects and associated volume performance without access to these favored networks. However, pharmacists are not the only ones that suffer — limited networks can hurt patients by preventing them from accessing their prescribed medications inconveniently situated pharmacies, resulting in non-adherence and delays or failures to acquire treatment.

The Double-Edged Sword of PBM Formularies

Formularies might be claimed to be predominantly positive or detrimental, depending on your point of view. On the one hand, one may argue that PBMs can establish intelligent, successful formularies that benefit all stakeholders in the industry through a partnership with plan sponsors. Models with a strategic focus have the potential to guide patients toward the appropriate therapy at the proper time while also improving adherence and overall treatment efficacy, all while cutting costs.

However, detractors say that PBMs use formularies to exercise a certain amount of power that may be exploited. For instance, a PBM may drop a medicine from its formula following unsuccessful price talks with the manufacturer. As a result, patients whose pharmacy benefit is administered by the PBM may be denied access to potentially life-saving medications.

Transparency in Pricing and the Future of PBMs

Many think that Congress’s four new laws will serve as crucial guidelines for how PBMs interact with the pharmaceutical industry. The proposals’ sponsors expect they will assure fairness for all parties by leveling the financial playing field and ensuring that PBMs negotiate lower pricing and keep an eye on the provider and patient accessibility. PBMs account for a sizable component of the complex specialty pharmacy environment.

When it comes to PBMs, there is no such thing as a one-size-fits-all solution. The specific circumstances of a plan sponsor will dictate which contractual choices, pricing structures, distribution methods, and other value-added services are optimal. It is critical to consider PBM pricing and services from a macro perspective. While pass-through pricing and regional networks are intriguing notions that may reduce expenses, they do not inherently yield financial benefits, especially in the long run.

Finally, the existence of rival models indicates that both plan sponsors and PBMs benefit from having a variety of options. If pass-through contracts and limited pharmacy networks were universally superior approaches, they would have existed for a much more extended period and primarily eliminated lock-in contracts and broad pharmacy networks; instead, it took a federal mandate to get pass-through contracts accepted in the marketplace and limited networks remain relatively uncommon.