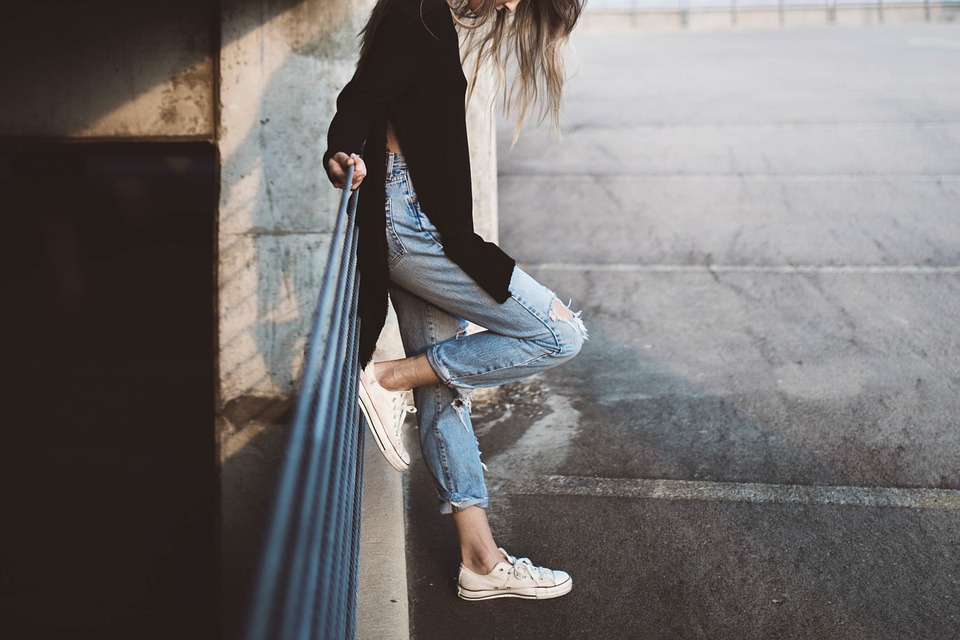 Jeans are a type of trousers made from denim or dungaree cloth. With the passage of time jeans evolved as one of the most worn pieces of clothing. Today, everyone got accustomed to it. It is considered as one of the most affordable clothing and is not torn easily. Moreover, jeans have become an essential part of our lives. They are innovated with styles to enhance their appearance. Hence, can also be customized to suit one’s need. Some prefer regular and others prefer custom jeans. Besides, all the goods about it some jeans have failed miserably. Below are some of the jeans that have floundered. These are considered as the 7 worst jeans in history.

This was one of the failures. It is a waistband of a pair of jeans sewn into the t-shirt you wear. As from the appearance of the design, it gives a cheap look. It appears displeasing to the eye. It is not adjusted, unlike the usual belt. Unlike the usual belt, It isn’t adjusted. Furthermore, it seems unbearable to the creative fashion designers. The price charged for disastrous fashion innovation was $405 which was inexplicable. Feedback attained was, it appeared to be as an old denim cut and sewn into cloth. It wasn’t even worth spending a few dollars.

It’s known as a nightmare jeans as from its look it’s undefinable. It’s compared with the nightmare because when jeans rip from the bum it gives an awful experience. When it’s in front of someone it even adds more venom into it. The look of this introduction is nasty to almost everyone’s eye. Before launching this innovation the designer seems to be in the paradise of fools. It reveals your bum which everyone tries to hide. Moreover, it got criticized on social media. From the conservative’s view, it is more disgustful. A person can’t even imagine wearing this sort of jeans. Despite its design. It also lays the impression that it’s torn because of the fat bum. In eastern culture, it’s unimaginable to wear this.

These custom jeans got disparaged. Though it possessed attributes of usual jeans. But the fact which proved to be accused was, some part of the lower body it covered and the rest till ankles was in lace. How you can imagine wearing a pant which was full of lace. Besides, displeasing it laid a shameful appearance. Some have criticized in a way that why pay full price for this? It should behalf. You cannot easily wear this as your toes would get caught many times while putting them on. You can also not imagine wearing this on a sunny day. It’s a bizarre fashion. Some have even commented, “that instead of wearing these pants consider wearing underwear only. If you try this it will be a heavy blow to your personality. The comments on social media will entertain you more regarding this fashion.

It proved to be a denim disaster as this was unacceptable to the target audience. This was an innovation mistake that proved fatal. It ruined the outfit miserably. These awkward jeans were priced too high for $525. These jeans were not even worthy of a free sample. The pricing and the customized design was a blunder. It seems that these jeans are being worn from the incorrect side. If you would wear this your children will term these as awkward dad jeans.

These are known as the breezy butt jeans. Pants have a job to cover your junks. But it is revealing your junks. These are carved just above the groin area and held together by metal chain suspenders. Leading to the reveal of upper thighs. These awful pants are priced for $119.This will further leave you bewildered. These chaps are headlined as unusual denim Instead of adding attitude to your style it adds disgrace. Hence, you will not consider it even giving a try.

These extreme cut out jeans adds more spice to the worst custom jeans list. These jeans give a call to humanity to give up jeans. How can society accept you wearing these? These jeans are hanging on by a thread. It doesn’t have enough fabric to cover your butt. It depicts the cruel image of nudity for you. When the people booked their order before seeing the design, they canceled immediately after seeing this. You will be ridiculed while wearing this. These have been immensely criticized.

This is also a bizarre design that proved a failure. This design with three waistbands is not legit by any means. It spread hatred among the followers of fashion. The design is only self explicable. They are priced at $38 proving it to be shabby. These are one of the most extra jeans you have ever seen. This cannot satisfy your single denim dream.

5 Ways To Make Your Clothing Business Stand Out

12 Tips for Women To Start a Fashion Boutique in Mumbai