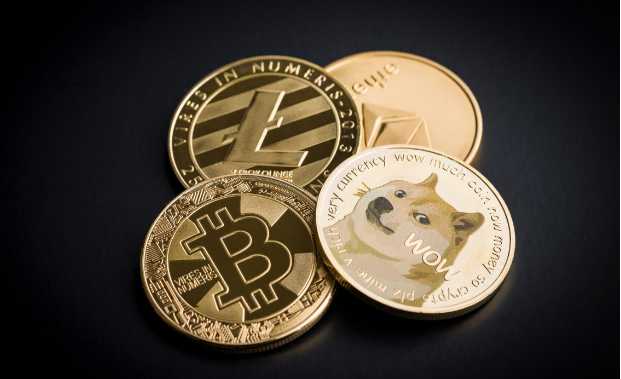 If you are want to invest in cryptocurrency, then this blog only and only for you. Today we are going to explain about Dogecoin Mining. After Bitcoin lots to cryptocurrency come in the market.

Dogecoin is the best option for those, who are not able to mine bitcoin. Dogecoin is popular and mostly use because it is cheaper as a comparison to the bitcoin and Litecoin.

Dogecoin is founded by Jackson and Billy. He is going to make a funny and popular cryptocurrency. They discussed this on tweeter and after getting lots of suggestion he decides to make Dogecoin. Its name comes from a Japanese dog. His face is so funny and attractive. On his coin, a dog picture is mentioned.

6 December 2013 is officially launching date. Now it is on the 22nd position on the bases of the Market cap to the other digital currency.

Mining is getting a new coin of any cryptocurrency. Dogecoin mining is a process to reward a new coin for checking transaction details on a Dogecoin blockchain. It is not so easy and simple. Moreover, it’s so time taking the process as well as required some hardware and software to mine dogecoin.

It like a lucky spin. It is based on the algorithm and you need to check transactions on dogecoin and you will get some coin. It is totally based on your computer speed. So it is recommended to you to take good and high-performance hardware to increase the chances to get a reward coin.

Dogecoin mining is different from the others from these points:-

1. Algorithm: Each Cryptocurrency uses some set of rules Or protocols for mining currency. It is known as the mining algorithm Or hash algorithm.

3. Block Reward: It is a new coin that will be awarded to the miner for adding a new block at the place of the old block in the blockchain.

Comparison to other Coins

In the table, you can clearly see Bitcoin uses the SHA-256 algorithm to mine coin. SHA-256 is so difficult and very time taking so lots to miners are not mining Bitcoin. It required high power computers to solve mathematical calculations.

Litecoin and Dogecoin both use the Scrypt algorithm. In 2014 both minings is merged, which means you can mine both in the same process.

How to Mine Dogecoin?

As you know you need some hardware, software and a wallet to store a Dogecoin after mine. You can mine Dogecoin with two types. First as a solo and second as a pool. When you mine dogecoin as a solo all profit is yours and when you mine as a pool, in the pool mining you are the part of a group and all coins are divided into each member of the pool.

It is best to mine Dogecoin as a solo but it takes a long time to mine a coin some weeks or months, so if you are a beginner and going to mine dogecoin. Recommended you to mine as a pool. The reason is, you will get a dogecoin very soon and you will be part of the community.

You can use your personal computer to mine dogecoin in one condition it will be a powerful computer otherwise it will hanging and heating.

You need a graphics card also to mine a Dogecoin. A Scrypt ASIC is a hardware device that is designed for work only one the type to the task. This is very powerful and programmed to mine Scrypt based cryptocurrency like Litecoin and bitcoin.

After getting some hardware you need some software to mine it. There is some free software you download it by yourself and go ahead.

If you are using your personal computer then you can download CPUMINER on the web. You can also use GPU software like CudaMiner, CGminer, and EasyMiner, etc.

A wallet is a place where you store your coins after mine. You can get a Dogecoin wallet form the dogecoin official site. You can also choose any best multi-cryptocurrency wallet to store dogecoin.

If you want more about Cryptocurrency then visit our website.

Why Doctors in India should Hire a reliable Financial Advisor?