5 Worst Cars To Own When You Are Young 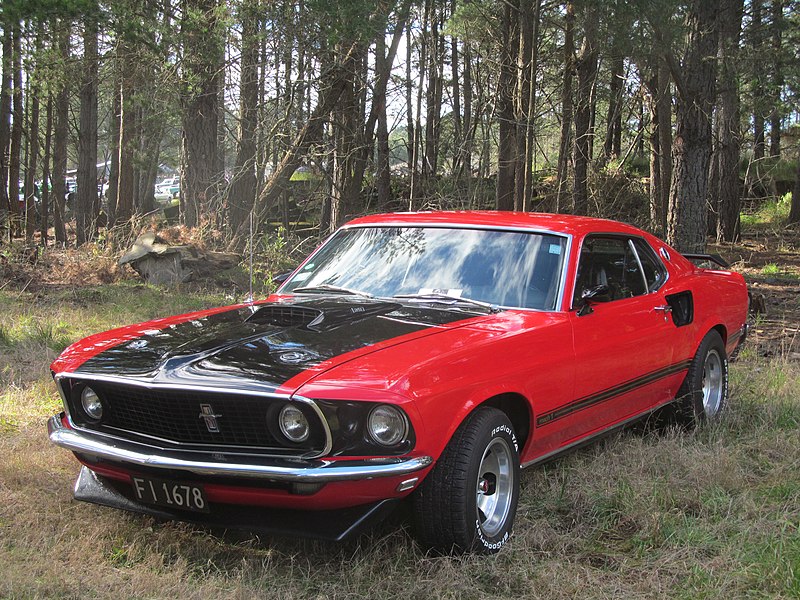 When it comes down to picking up your first car when you’re a little younger, a lot of times, we want to get the fanciest thing in the world. Often, we want to own the vehicles, especially when they’re our first fun car, first sports car. Just happen to be some of the most reliable, some of the less, not very fun, and sometimes only downright not the right vehicle to buy at the right time. And that’s what we’re here to talk about today. So we’re going to be talking about some of the top worst cars to own when you’re just jumping into buying a modified car. Let’s get into it.

So the first car on the worst cars to own list would be your 2010 and above Chevy Camaro’s. Right now, they are a fantastic car to drive. Don’t get wrong, and they’re an absolute ton of fun. They’re loud, fast, and they’re quick. There’s just a couple of problems with them. First off, when it’s your first car, it’s a challenging car to inherently drive right out of the gate. You can see absolutely nothing outside of that car because the A-frame pillars are so giant. Compare that to the top fact; the vehicle is a little bit expensive. Chevy Camaros are sometimes a great time, and sometimes not so much of a good time. And since it is a 2000 plus or newer, you’re still paying a little bit of the new car tax on your engine modified parts a lot of times. Sometimes it’s just right to buy an older car even though nobody wants to. And if that’s not enough to scoot your boot, you also have to deal with the fact that you got a big ole V-8 underneath the hood, which is going to result in some less than stellar gas mileage ultimately.

You have to remember that Subaru WRX’s are fantastic cars. WRX’s have always been great cars. They sound fantastic; they’re all-wheel drive so that you can drive them all year round. They’re a ton of fun, they’re sporty, look aggressive out of the gate, and pretty cool cars. But when they’re the first car you’re trying to own, you can make some mistakes when buying this kind of platform. The first and most notable mistake is not understanding what type of car you’re buying. Because most Subaru WRX’s are thrashed on, they have modifications up the wazoo that were all done in a garage that nobody knows. There are maintenance papers everywhere but nowhere at the same time, and for some reason, the car makes a blow valve noise when you’re not putting anything down on the gas pedal to make the noise when you let off. Subaru WRX’s can be great cars, and sometimes they’re not. But the unfortunate part about it is the fact that Subaru WRX’s when you are buying one, you’re taking a little bit of a risk. You don’t want to take risks when it’s one of the first cars that you’re, you know, modifying. And did we mention the fact that pretty much every single Subaru WRX happens to somehow and for some reason be a cop magnet? Not saying that the 17 or 16-year-old you are, you know, an outstanding citizen, but in terms of like what they’re going to perceive you as, they’re probably going to give you a ticket. Because you’ve got a loud exhaust and your car is blue, and it’s got a big ole exhaust out the back.

This car is like a drift car. You don’t even have to drift, and it’s the car. People who want a 240SX if it’s their first car and never purchased a car before in their entire life. This will probably be the worst car that you can buy simultaneously, and here’s why. Nissan 240SX’s are only two-door, and they are inherently the most challenging cars to buy. They face an enormous road tax on them; they face a giant wheel and deal and punishment from people who have owned them before you. And they’re just not a great daily driver; they’re not practical in pretty much anyway. Now there’s going to be a couple of people arguing out there that say they are because they have backseats and a passenger, you know seat and their car runs, and there’s nothing wrong with the K-A or S-R swap. And you can daily drive it and then usually that, those comments never happen. We haven’t dealt with anything like that in the past. But the thing that’s going to keep you out of a 240SX isn’t the fact that. We tell you not to get one; it’s the fact that your budget will not allow you to grab one in the quality you want that’s going to make it a right car out of the gate. Often, those cars have gotten insanely expensive with bro tax because why not? Because it’s a 240, and that’s just how it goes these days. If you want to pick one up, and you do have an endless money pit. But in terms of if you had an infinite money pit, there are many other cars that you could pick up that are going to do around the same thing except better, run better, look a little bit nicer, be a little bit more reliable.

Ford Mustang is a fantastic car. But it is one of the worst cars to own when you are young. We think they’re one of the best if you’re looking for something fun, rear-wheel-drive sounds fast, and sometimes fast. But for a vehicle, you’re just looking to pick up for your first car or maybe your first car to modify. We’d probably recommend staying away from it. The fact that their rear-wheel drive is initially a reason to stay away from. Often, because they’re rear-wheel drive and they’re a little bit, many people end up making accidents. Cause guess what, when you’re young, there’s this thing called testosterone that they teach you in health class. Often, you want to do something you wouldn’t normally do in front of your mother, and when you do those things that you wouldn’t normally do in front of your mother, you usually mess them up. Then you end up making a mistake, and then the video goes on YouTube marketing strategies, and then you have to pay the insurance bills, and it’s just not overall good time. Ford Mustang are fantastic cars to pick up once you have the other vehicle that you’re going to daily drive. The Ford Mustang is not the car that you would daily drive, and if you’re looking for your first car to purchase, we probably recommend staying away from that one. But if you can get over the fact that they are rear-wheel drive happy, love doing burnouts, and you can deal with the fact that it gets terrible gas mileage, you’re probably not going to have any money left because you have to deal with the fact that you have to pay insurance. There’s another reason that we probably recommend staying away from the Ford Mustang.

Sometimes when you’re looking to get into your first car, you have to go with something a little bit more moderate. A little bit more conservative, if you will. Maybe not something that’s turbocharged V8. Sometimes you just got to pick your battles, pick a simple, clean car, perhaps an old VIP Saloon put it on the ground in some nice wheels and tires cause guess what? Not everyone needs to go a million miles an hour, and if you’re looking to pick up your first car, it’s probably going to be best if you couldn’t. Sometimes, you don’t have enough money to buy a new one and have to buy a used car, so make sure you are checking it with a mechanic.

7 small cars with large engines you must know about

Common Factors to Look for While Getting Diesel Generators

All About the Term Deposit Interest Rates from Bajaj Finance

The Best Way To Secure Documents