Why Plant Based Meat is Better 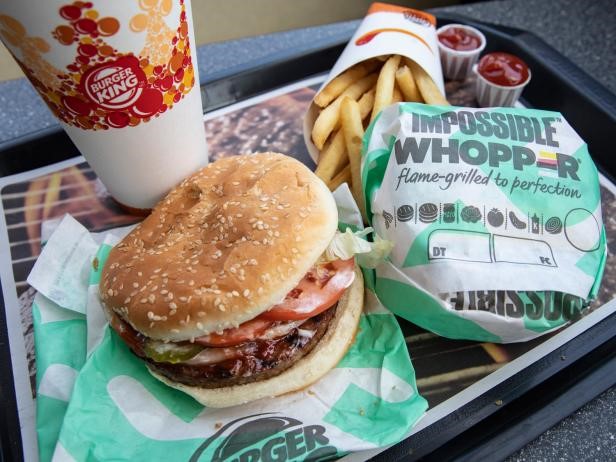 It seems like we all are moving towards a new world which has its preferences and decisions in choosing what it should eat or not. Some of them are in favour of having Non-vegetarian food and some of them strictly don’t like to eat it as it goes against their ideology. Many debates, discussions and meets have been done to understand what is right for humans and what they should eat to be fit. And to your surprise, both the varieties of food were equally considered sound and healthy for our consumption. So where the problem does lie? Why are we moving towards a culture where eating frozen food is now becoming a revolution? What are the alternatives and how to maintain a balance in our ecological system? So these are the questions that we are going to answer today and make a clear cut opinion on why we should move towards Plant-Based Frozen food or meat(as said) in recent times.

So the fundamental problem that is known to us is the insecurities of the people who always support vegan food and don’t want to see the frozen food or meat. The reason being, they don’t have the conscience to see any animal or sea creature to be on someone’s plate. They consider it as a killing of another living being that somehow hurts their sentiments and is not for our ecological system as well. So what about the people who love to eat that frozen food? Will they have to suffer or leave their freedom of eating whatever they want to?

So to stop this non-agreement of both the communities on this, a new type of meat has been introduced in the world market which gives you same taste and flavours as of frozen food but is however not Non-vegan. So basically what I am trying to say is, we now have chicken less chicken and beefless beef. This sounds very strange but yes it is accurate and people love it. the sales of this vegan meat have increased as compared to the last year and many big brands and food joints are also moving towards this Plant-based meat and are happily adapting this new trend of this food culture.

This Plant-based meat is of various types and varieties. It is classified into different non- veg items such as Fishless fish, Plant-based steak and plants based bacon. All frozen food has been covered under this new trend and the response from people is also excellent. So how do they make it then?

This plants based meat is nothing but the processing of an ingredient that is obtained from the plants. This ingredient is called Heme. This is made by the various processes in the laboratory and is 100% safe and healthy for human consumption. The other ingredients include coconut oil, wheat-based protein, yeast and potato-based protein. These ingredients are mixed in a specific proportion and then processed by the experts to get you these fantastic Plants based meat ready.

If I specifically talk about The United States, people are already adopting the habit of having this new food in their regular daily food. They love it and enjoy this vegan Non-Vegan in their everyday life. They know the fact that this new product is healthier and more nutritious than the conventional frozen food that they used to eat and this is what makes these plants based meat a super success in that region. People have started adopting the new and innovative ways of keeping them healthy and this is just the beginning of that era. We all will switch to this type of food when we will learn that how healthy and better this food is for our health and its overall affect of it on our body.

Not only the individuals but many food joints and restaurants in America and different other parts also have switched to these plants based meat. They are experiencing significant demand from customers. The food joints like Burger King, McDonald’s, Red Robin, Hard rock café and many other famous brands are happily serving this plant’s based meat to their customers and are getting exceptional response from them. This festive sale of this product has emerged a new hope among these food outlets to invest more in Plant based meat food products rather than that conventional frozen meat.

So, the new kind of a revolution that has been started in the food market is very well welcomed by the people and many of them even have permanently switched from conventional meat to this Plant based meat, looking at the benefits and the nutrition that it provides to the body.

Web app vs Cloud app:  What are the Differences and Benefits of Each

Everything You Need to Know About an Optician