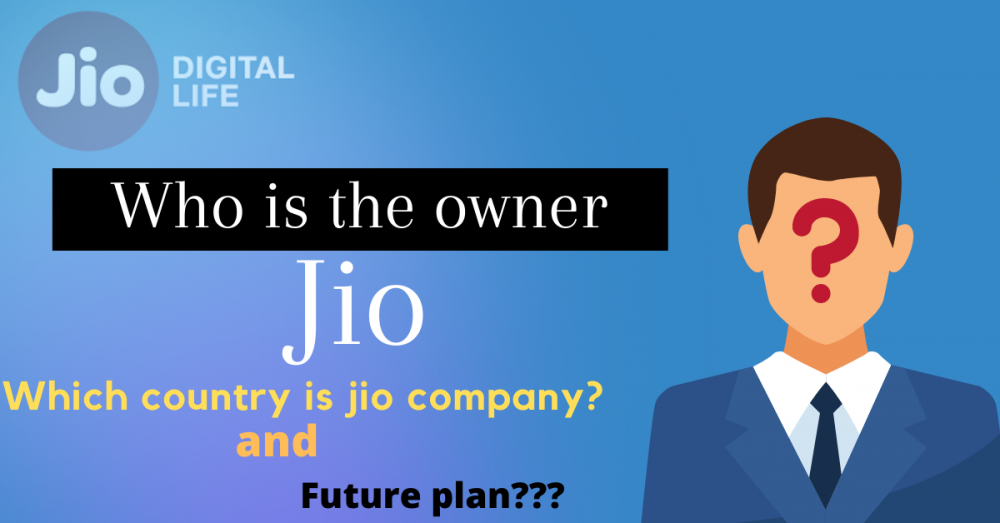 With the invention of the telephone, the problem of face-to-face communication around the world has been overcome, but the cost of this has limited its reach to a few people.

Who is the owner of Jio?

Who is the owner of Jio and which country’s company is it?

The name of the owner of the telecom company Jio, launched in the year 2016, is Mukesh Ambani. Mukesh Ambani is the richest person in India. Not only this, he has also been included in the list of 10 richest men in the world.

Mukesh Ambani’s net worth in 2021 is $74.3 billion. Currently, he is included in the list of 20 richest men in the world. Please tell that Jio is a company of Reliance Limited.

Ambani is currently the largest shareholder, managing director and chairman of Reliance Industries. In the year 2016, Mukesh Ambani launched Jio SIM. Jio is a 4G SIM, which works only in 4G smartphones.

Till the year 2016, very few people in the country had 4G mobile phones. In such a situation, Mukesh Ambani also launched cheap 4G smartphones and hotspot devices for computer users called LYF. After this Mukesh Ambani also introduced 4G keypad mobile Jio phone in the market.

If you want to know: How to Check Jio Number, Balance & Data Usage In 2021

Which country’s company is Jio?

As we told you, India’s richest man Mukesh Ambani is the owner of Reliance Jio. Who lives in Mumbai Maharashtra and the headquarter of the company is also located in Navi Mumbai.

In such a situation, you must have come to know that Jio is the company of which country. Jio, which became popular among the common people due to cheap data packs and unlimited calling during its launch, has posed a tough challenge for big telecom companies like Idea and Airtel.

Reliance Jio, which has become the country’s largest telecom company in just a few years, has not only increased the number of internet users, but due to Jio, today India has started being counted among the countries with the most internet users in the world.

Jio’s planning in the coming time

Reliance Jio, which has become the country’s largest telecom company, is now working in the field of 5G technology. At present, after meeting the target of its tower and users in almost every city, every village of the country, now Jio aims to take 5G technology to the whole country.

At the same time, the owner of the company, Mukesh Ambani, is constantly working in new areas, in which Reliance Retail recently came into the limelight. Along with this, Reliance is working in digital glasses and many other technology related areas. In such a situation, you can say that Jio will soon be included in the big companies of the world.

Hope you have liked our article and you must have also come to know who is the owner of Jio and which country’s company it is.