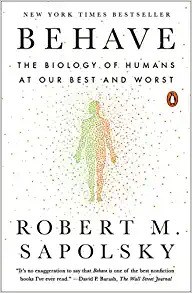 In this article, we will discuss in detail the instrumental theory of learning.

Instrumental Conditioning theory of learning is nothing but a mechanism that involves changes in human behavior as an outcome of an important event or a stimulus.

If that event or stimulus is followed by behavior that produces favorable or positive consequences, the probability that such behavior would be repeated in the future increases.

Similarly, if an event or a stimulus is followed by behavior that results in unfavorable or negative outcomes, then the likelihood of such behaviors being repeated in the future decreases.

Respondent behavior is the immediate or spontaneous response that is the outcome of an individual being exposed to a stimulus or an event. For example, shutting your eyes when the wind blows. Basically, these are automatic or reflexive actions that the surrounding environment forces on us.

Such behaviors may include reading, writing, singing, talking, walking, etc.

Examples of Instrumental Theory of Learning

To understand how instrumental theory of learning applies to our day-to-day functioning, let’s take some examples.