Using of Bollywood songs in the wedding videos are proscribed 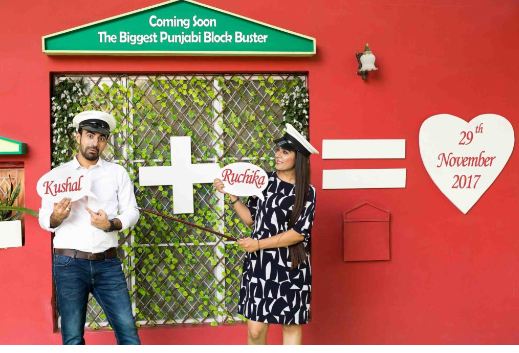 We all have imagined some or other Bollywood romantic scenes with our love of life. Pre-wedding video shoot has managed to bring these dreamy scenes for many couples into reality. A pre-wedding photoshoot without a groovy and romantic Bollywood song is incomplete. Bollywood has given a plethora of romantic and groovy wedding songs to us. Songs that automatically makes us move a leg on its beat.

Punjabi or not, until and unless DI doesn’t play those groovy wedding songs the feeling remains incomplete of the wedding function. The bridesmaid, family, bride spend months and Hours, and groom rehearsing on their songs for the upcoming wedding functions.

Similarly, many good pre-wedding studios in Delhi offers extra help,  appointing some excellent choreographer for the bride and groom. This will make their performance in the pre-wedding video shoot look a stunner.

Overall, without a Bollywood song, a pre-wedding photoshoot is incomplete. Couples spend hours and hours selecting their favorite songs for their pre-wedding photoshoot. However, it’s time to burst the bubble and encounter with reality. These Bollywood songs that we love and play in the loop is a hard work of a plethora of people along with some massive investment from the music and film industry. Therefore, it becomes unethical to use these songs without any prior notice in a pre-wedding video shoot.

Recently a renowned pre-wedding photoshoot studio in Ahemdabad was held accountable for using certain Bollywood songs in their one pre-wedding video shoot. Those songs belonged to a music company. The studio illegally used the music videos and songs of some Bollywood movies which T-Series had the copyright. The police found hundreds of Bollywood songs in the studio’s hard disk and found no permission for either of them when used.

We Indians have many a time taken the law very lightly and continued doing things even when they were proscribed. However, now the time has changed. Everyone is well-aware of law and order and aren’t afraid of taking action against anything happening illegal.

This one case in Ahemdabad has warned and alarmed all the pre-wedding studios in Delhi and other states. Now using Bollywood songs without prior permission is no more casual.

Now, the couples will have to shed some extra money to get their favorite songs in the pre-wedding video shoot. Every song will need permission, and that’s for sure this permission will cost a bomb to the pr-wedding studios.

Music companies charge a reasonable amount to give away the permissions of their copyrighted songs. However, the good news is that just a 15-30 seconds of use of a song comes under the “fair use” and doesn’t require permission. However, for those who need a full Bollywood song sequence should be ready to shed some extra money.

This one case, have warned and alerted all the pre-wedding studios in Delhi and other states and now no one will dare to use a Bollywood song without permission.