Upcoming Bollywood Movies that we are looking forward to Watch 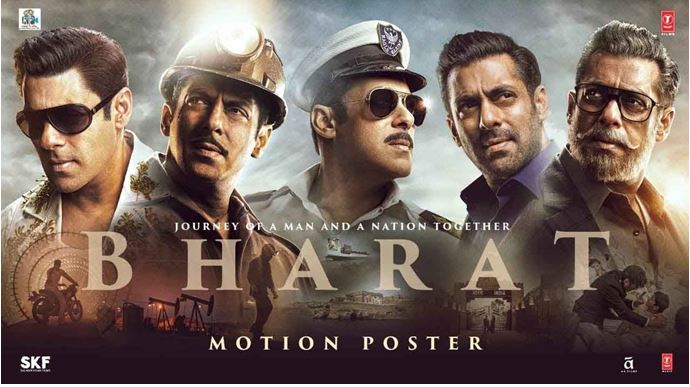 The movie is based on the action thriller starring Arjun Kapoor and directed by Raj Kumar Gupta. The movie is based on the true events of manhunt of a terrorist. Arjun and his team went on a secret mission to search for terrorist Osama and kill him. Osama is behind several blasts in India and killed many innocent people. Let’s see how this action movie will perform on box office.

Bharat is a drama film starring Salman Khan, Katrina Kaif, Disha Patani, Tabu and Jackie Shroff. The movie is directed by Ali Abbas Zafar. The movie has melodious songs which are performing well on the internet. We don’t know much about the storyline but the star casts and plots of the trailer show that the film will perform well on the box office.

Zoya factor is a romantic movie starring Dulquer Salmaan and Sonam Kapoor. The movie is based on the Anuja Chauhan’s 2008 novel The Zoya Factor. The movie revolves around the Cricket World Cup 2011. The role of the Indian captain in the world cup match is played by Dulquer and Sonam plays the role of advertising professional. Here, Sonam is considered a lucky mascot for the Team. The movie is directed by Abhishek Sharma.

Kabir Singh is a remake of the Telugu movie Arjun Reddy, starring Shahid Kapoor and Kiara Advani. The film is directed by Sandeep Vanga. Trailer is out now and shows lots of drama, action, emotions and punch lines. The story revolves around the surgeon who is deeply in love with his girlfriend but she is forced to marry another man. After that, he became an alcoholic and goes on the path of self-destruction. It will be interesting to see the role played by Shahid.

Mental hai kya is a comedy movie starring two of the most talented actors of the Bollywood, Rajkumar Rao and Kangana Ranaut. The movie is directed by Prakash Kovelamudi. We don’t know much about the movie now but it will be interesting to see these two casts sharing the big screen together. Till then wait for the movie to get released.

Drive is an action thriller movie starring Sushant Singh Rajput and Jacqueline Frenandez. These two are sharing first-time big screen space. The movie is directed by Tarun Mansukhani. The story is based on the stunt driver who falls in love with his neighbour whose husband has a link with the Underworld.

Jabriya Jodi is a romantic comedy movie starring Sidharth Malhotra and Parineeti Chopra. The duo will be seen onscreen after Hasee Toh Phasi. The story is about the kidnapping of groom from a marriage in Bihar to avoid dowry. Hope this movie will perform well as it casts promising star.

Arjun Patiala is a comedy spoof movie starring Diljit Dosanjh, Kirti Sanon and Varun Sharma. The story is based on a crime journalist and a small town cop. We don’t know much about the move. But after seeing its poster, we can say the movie will be full of fun and comedy.

Many of us heard about this because of its controversies. It is an autobiography of Anand Kapoor, a middle class person from Bihar. He wants to prove that a poor man can also create the most genius minds. He is a mathematician who runs a training institute for the preparation of India’s most competitive exam IIT. The capacity of the batch is 30 so the movie is named Super 30. The star casts of the film are Hrithik Roshan & Pankaj Tripathi. Initially, the film was directed by Vikas Bahl but after allegations of Me Too on him, he left. Then Anurag Kashyap has taken over the charge.

These are the movies which are going to release in the coming two months. I am looking forward to watching my favourite. What about you?

Can A Reputable HVAC Contractor Service All Makes and Models

Warning Signs to Look for During Heating System Maintenance