10 Most Underrated Movies Of The 21st Century 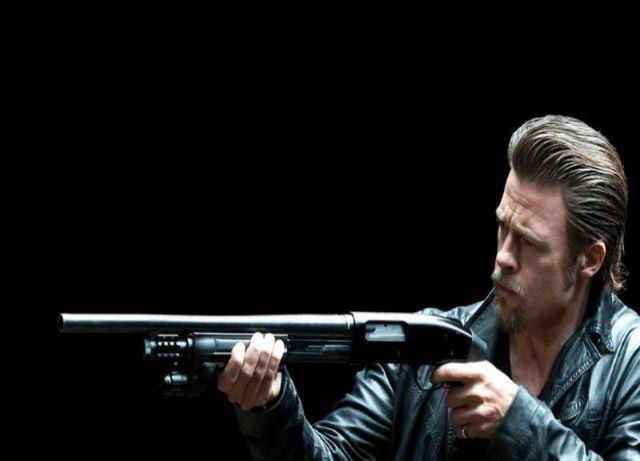 What would you consider an underrated movie? You might be asking, “What would you call an underrated movie?” This could simply mean that movies weren’t getting the attention they deserved. It was not noticed at the time it was released, both critically and box office-wise. The Academy will often ignore a film that does not receive universal critical praise or box-office attention. We have often seen that a great movie gets at least one of these two: critical acclaim or box-office attention. Sometimes, it can be both. Sometimes, however, it may take a film a little longer to gain the trust of its viewers. You may not notice an immediate response in such cases, but people will eventually recognize the film’s true value over time. I’m thinking years, if not decades.

10 of the Most Underrated Movies

Here’s a list of 10 of the most underrated movies in the 21st Century.

Frank Grillo and Liam Neeson star in the lead roles in ‘The Grey.’ The film tells the story of a group of oil refiners who, while on vacation, become stranded in the frozen wilderness. They must battle the harsh icy weather, and hungry wolves, and fight their way to civilization. The Grey was as good an adventure film as you can get. However, it didn’t make any waves. Unless you consider an average box office achievement. The film was a true gem that people missed as they saw it more often.

“Killing Them Softly” stars Brad Pitt as the lead. It is the story of a cold conflict between two gangs. One gang leader hires a thug in order to disrupt a game of cards hosted by his rival. The other gang leader becomes a mob enforcer in order to eliminate those responsibilities. Andrew Dominik is one of the unluckiest directors. Although everyone in the industry respects his talent, all of his films failed to make it big at the box office. His previous film, ‘The Assassination of Jesse James by Coward Robert Ford’ received Oscar’s attention. However, ‘Killing Them Softly’ was widely ignored despite being an equally excellent film. You can watch this movie free of cost on the Cinema HD app.

Eric Bana and Cate Blanchett star in key roles in ‘Hanna. The story is about a teenage assassin who was raised in Finland by her dad. She discovers the truth when her father sends her on a mission where she evades agents sent by her father’s former colleague to pursue and kill her. “Hanna” is an example of a film that is often overlooked because its lead character isn’t well-known. It would have been a huge hit if ‘Hanna” had featured Jennifer Lawrence. Saoirse Ranon is just as good as Lawrence. Her only problem? She’s not well-known enough. Despite being among the most popular adventure thrillers of recent years, the film didn’t gain much traction.

The movie stars Ryan Gosling as Michelle Williams. It is about a couple who appear to be in a happy marriage, but in reality, they are in a downward spiral. They have fallen into a trap of self-ambition and lack of ambition, which eventually leads to a broken marriage. Blue Valentine, one of the most honest movies about marriage, is difficult to watch. This film is truly extraordinary if you take the time to watch it. Williams was nominated for Best Actress at the Oscars. But the film deserved much more.

“Eastern Promise” is directed by David Cronenberg, Viggo Mortensen, and Naomi Watts. It tells the story of a mysterious and ruthless man who crosses paths with a woman who discovers damaging secrets about a criminal family and must now devise a plan for death and retribution. Although not a hit at the box office, “Eastern Promises” was a great film by Cronenberg. It received good reviews and was rated well. Mortensen received an Oscar nomination. However, the film deserved more: Best Supporting Actress for Watts as well as Best Picture/Director. This movie can be watched on the Stremio apk in high quality.

Directed by Darren Aronofsky, ‘The Fountain’ stars Hugh Jackman (‘Requiem for a Dream’ and ‘Black Swan’). The film tells the story of a man who travels through time: in the past to find the Fountain of Youth; in the present to discover the cure for cancer, and in the future to become an astronaut to explore the universe. Slowly, the film has gained a huge cult following. It is an example of a film that fans discover much later than its release. In this sense, “The Fountain” is following in the footsteps of “Fight Club”, which was ignored initially but later became a classic.

“Two Lovers” is the most heartbreaking love story I’ve ever seen. Although most love stories don’t last in real life, ‘Two Lovers’ has relatable characters that you can relate to. The heartbreak, pain, desperation, anxiety, and agony of love are all depicted in ‘Two Lovers’. The characters’ emotions feel real. The film’s climax will make you cry and will stay with you for weeks.

Sofia Coppola is best known for her film ‘Lost in Translation’ but it’s important to remember that she also directed a beautiful film called “Somewhere”. This story of father-daughter bonding seems to be autobiographical. Sofia used to travel with her father, Francis Ford Coppola to various hotels and film sets in her childhood. “Somewhere” is one of those films that won’t surprise you immediately but grows on you over time. It stays with you, even after the second viewing. The film touches on themes such as loneliness and solitude — similar to “Lost in Translation” in that regard — but the father-daughter bonding which is so central to it will make you feel more. This movie is the ultimate father-daughter bonding movie. PS: These films rarely get made.

The Painted Veil stars Edward Norton, Naomi Watts, and Liev Shreiber as the lead characters. It is about a scientist and his young bride who had an affair and then decide to go to China to combat cholera. This is one of the most compelling relationship dramas you will ever see. Warner Bros. botched marketing meant the film did not get much attention during the awards season. The film had the potential for several Oscar nominations, including Best Actress and Best Actor, Watts and Norton, but it was not noticed. It breaks my heart every time I watch it.

“Shame” may be the most underrated movie of the past ten years. The film, directed by Steve McQueen (12 Years a Slave), is about a successful executive who becomes a sex addict. His lonely life is interrupted when his sister enters his life and disrupts his routine. Although it’s bold and breezy, the film ultimately focuses on facing your inner demons and weaknesses. Although the film is praised for being McQueen’s most beautiful film and Fassbender’s outstanding performance, Shame did not achieve the success it deserved. In fact, Shame is McQueen’s best film.

This is the end of our Best 10 underrated movies of the 21st century. I hope you enjoyed the list. Thanks for reading.