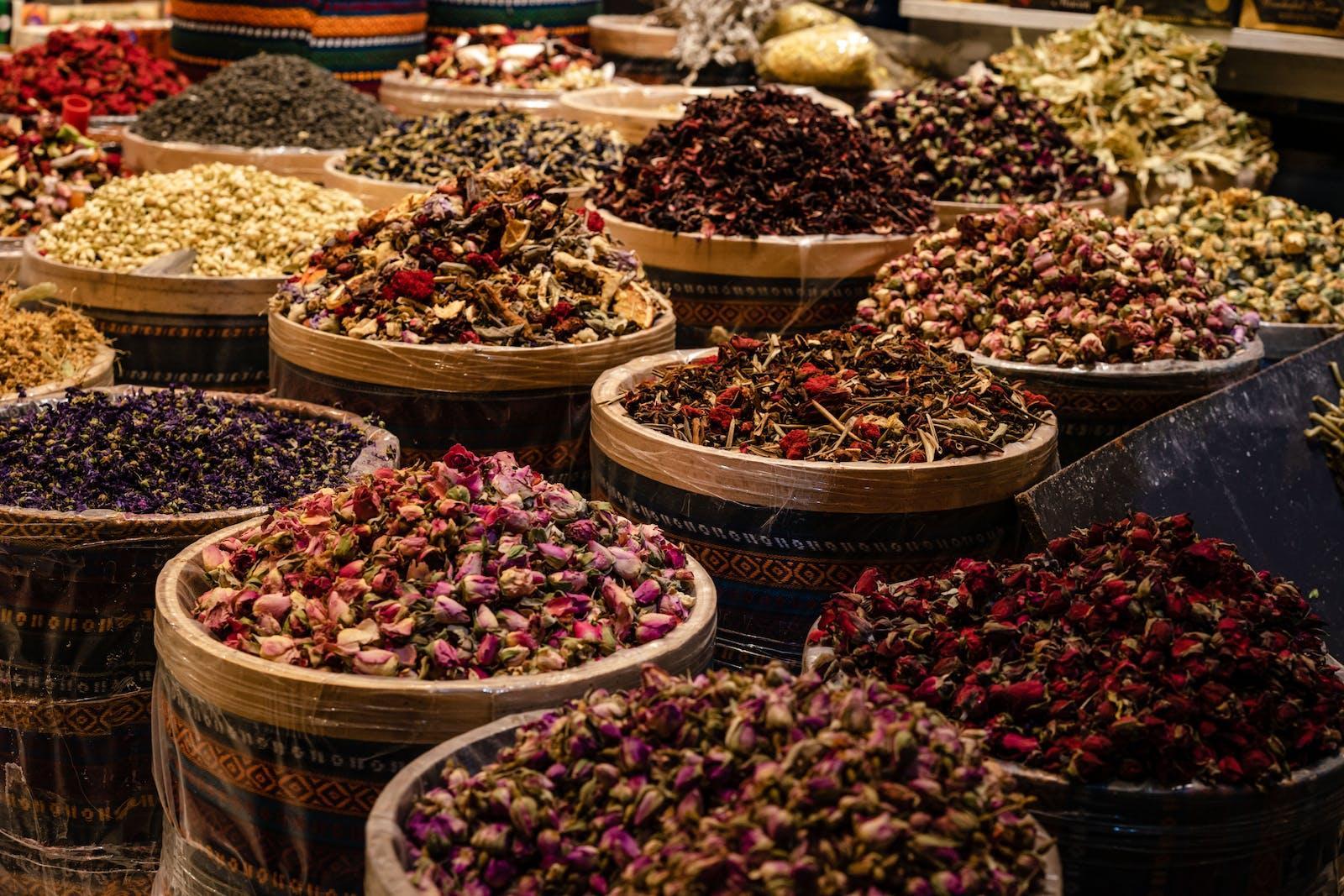 Spices are an important culinary component. We all love to devour flavorful food, which is impossible without spices. South Africa stands as one of the tops in spice importation. In 2020, South Africa was at 32nd rank for import of spices, majorly sourcing from Nigeria, China, and India’s wholesale spice suppliers.

The spice trade history is as old as human civilization. Spices and herbs have been used not only to zing up our food but also in traditional medicinal practices for their healing properties. In this article, we have shed light on the top 7 spices we import from overseas.

This nutty, lemony flavoured spice is mostly used dried, whole or in powder form. Cumin is a staple spice in many cuisines, particularly Indian, Mexican, African, and Southeast Asian. The seeds are harvested by hand from the annual plant called Cuminum Cumonyum. Cumin is small, oblong, boat-shaped seeds with embossed stripes over them. Commonly, cumins have brownish-yellow colours, but they also have other varieties in black, white, or green.

The seeds are believed to have originated in the Middle East or Egypt. As this crop suits tropical and subtropical environments, it is widely grown in India. Today, India is the largest cultivator and exporter of cumin seeds. Also, the seeds are in high demand across the globe for not just their flavour but also for their medicinal properties.

Fennel is known for its sweet, pleasant smell. This herb resembles cumin seeds in shape and texture. Their colour is pale green with sometimes a hint of brown. Fennel seeds come from a Mediterranean annual plant named Foeniculum Vulgare. The whole plant is edible and makes a great source of Vitamin C, Iron, Manganese, Calcium, and many other nutrients essential to keep our body healthy.

Fennel has a pleasant aroma and spicy taste. It has a hot nature, which makes fennel seeds a great herbal medicine as well. Mostly it is used to cure cardiovascular issues and digestive problems. Moreover, in many regions like India, fennel seeds are used as a mouth freshener. India, being the major cultivator of spices, majors in growing and exporting fennel seeds too.

Coriander seeds are tan, round-shaped seeds deriving from a coriander plant. Like fennel, coriander plants are also wholly edible. The leaves are commonly called cilantro and are added to various spicy and savoury dishes as a garnish. Its citrusy flavour makes our dishes more flavourful and lively. Its nutty flavour retreats your tastebuds, and its lemony aroma delights your smelling sense.

Coriander seeds are often used as a ground form. They are usually added with cumin seeds to make ablended spice. Cumin-coriander powder is most commonly used in Indian and South Asian dishes. Coriander is also a beneficial herb for health. This spice is full of antioxidants and many nutritional benefits. It is known to cure various ailments like diabetes, indigestion and gut problems, and many skin problems.

Widely grown in the mountain regions of the Himalayas and in China, fenugreek is one of the staple foods in India. It is often used to make spicy porridges and dahls. However, it is also used as a spice in various regions of the world. Fenugreek seeds grow in a pod, like pulses, and hence are also considered a pulse. The seeds have a golden-brown colour and bitter taste. Fenugreek leaves are also used for culinary purposes.

Apart from cooking, fenugreek has been used in traditional Indian and Chinese treatment practices. Fenugreek extract is also utilized as an ingredient in many common products, including soap, cosmetics, teas, imitation maple syrup products, etc. All these use cases of fenugreek make it one of the most exported and imported spices.

Bay leaves are aromatic herbs of the Laurus nobilis tree. The leaf is commonly used in Indian, Chinese, Southeast Asian, and African cooking as a condiment. Bay leaves, also known as laurel leaves, are often used as dried in slow-cooked foods. The leaves are used whole and removed before serving the dish. It imparts a fragrant, floral, herbal scent reminiscent of thyme and oregano.

Mustards are part of the Brassicaceae family. Like fenugreek, mustard plants are also edible. This was one of the initial plants that humans domesticated and cultivated when they started practising agriculture. Mustards have three different varieties: Black, Brown, and Yellow. Black or brown mustard is indigenous to the Indian subcontinent. And the yellow variety is believed to have originated in the Mediterranean region, near north Africa and southern Europe.

Mustard seeds are considered hot and spicy and hence go in savoury dishes. Yellow mustard is often used as a powder or puree. On the other hand, brown and black mustard seeds are often fried or roasted whole to bring out their aromatic flavour. Moreover, mustard oil is also common in culinary uses in India or regions around it.

Although Chilli is originally a South American crop, they are widely grown in India, probably more than in its original regions. This makes India one of the prominent red chilli producers. Red chillies are often dried or powdered. It is one of the most sought-after bulk ground spices in the world. Red chilli powder is a top spice in cuisines around the world.

It is mostly used with cooked dishes like savoury porridge, soups, sauces, and curries. However, red chilli powder is often sprinkled on vegetable or sprout salads to add a zing to bland raw food. In India alone, there are over 10 varieties of chillies, each ranging widely in hotness and colour. Hence, there are so many options for chilli powders exported from India.

Can You Freeze Chicken Broth Or Grease?