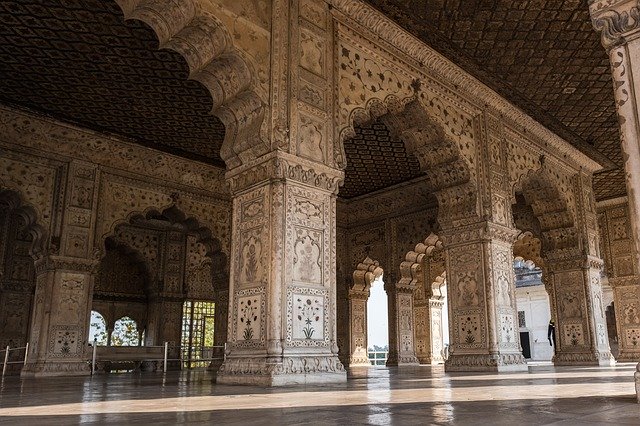 India is the second populous country of Asia. Moreover, India is much developed in art, culture, architecture etc. Apart from these, natural beauty and shades make every places of India much beautiful and attractive. So travellers frequently visit in India. Some colourful places are there, which is so captivating in looking and can refill your mind.

Different colour can create different sensation. So accordingly the various colours of various places will be reflected in your mind. Some colourful, amazing cities of India are – Jodhpur, Chennai, Pondicherry, Vrindavan, Varanasi, etc. The beauty of these places is described below.

The colour of these cities will tell different stories of these places.

Jaipur is capital of Rajasthan. This is renowned as pink city. Jaipur was painted by pink colour once upon a time, for welcoming Prince Albert and Queen Victoria. From that time the city was named as Pink City. And the natural beauty of Jaipur city is amazing. So many historical things are there to see. Museums, Dal batichurna, kadhi,etc. are the most visited places of Jaipur.

Jodhpur is another colourful city of Rajasthan. This is known as blue city. A trend was invented that Brahmin should paint their houses with blue colour. And from that time the whole city became blue gradually. Some visiting places of Jodhpur are – Mehrangarh Fort, Visitor Information, UmaidBhawan Palace, JaswantThada, Mandore Gardens, Kailana Lake, Rao Jodha Desert Rock Parkand Clock Tower.

Kutch is known as white city, which is situated in Gujarat. A renowned festival of Kutch is Rann of Kutch. The city is famous for Banni grasslands. This is covered with white salty sand, and these become shiny in the moonlight. This is also names as whit desert.

Another colourful city in India is Chennai, capital of Tamil Nadu. This is much developed in culture, famous for music, industry. But “whistle podu” city shows different colour life. That is why Chennai is also considered as colourful city of India.

Vrindavan is a city of temple. And this is such a holy place. Vrindavan is famous for worshipping the Lord of Krishna. In the month of March, the city is fully decorated with colour, for ‘Holi’ festival. So this is also a colourful city of India.

Uttarkhand is another colourful city of India for “valley of flowers”. This is one of the most wonderful park in Uttarkhand. This park is filled with different colours for different colour of flowers. This is undoubtedly an attractive visiting point of India.

Nagpur is another city of Maharashtra which is known as “Orange City”. Deekshabhoomi is famous for growing oranges in Nagpur. So the city is commonly known as orange city. Nagpur’s oranges are famous throughout the world.

Jaisalmer is fondly known as “Golden City” of India. The famous Thar Desert is situated here. Sightseeing of this city is one of the most favourable things of tourists. So many places are there for visiting, like – inter alia, Jaisalmer Fort, Gadisar Lake, Patwon Ki Haveli, Sadar Bazar, etc.

Another colourful city of India is Udaipur. This is known as “white city”, due to all the palace and forte were made in white colour in the city. White marble were used for making these palace and forts. Moreover, this is another attraction point for visitors, for its natural beauty. Udaipur city is a dream place of India.

10. Chandigarh
Chandigarh is known as “green city” of India. This city is much developed in tree plantation, cultivations, which make the entire city green. The environment is so pleasant here. Moreover, the road of Chandigarh is completely covered by Green tree in both side. So the city looks green always everywhere.

Discover the Right Way of Using Careprost for Eyelash Growth!

Discover the Right Way of Using Careprost for Eyelash Growth!