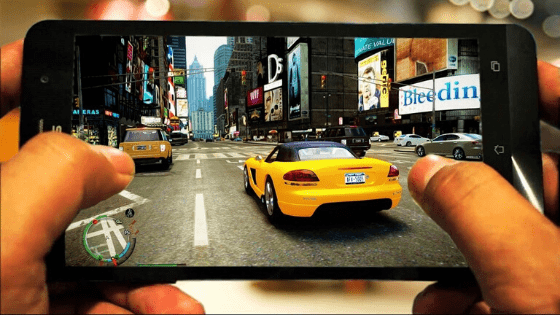 Games are considered to be the perfect aid for amusement and when it comes to some adrenalin rush and action, we talk about Mobile racing games. This genre of mobile games is highly populated and is extremely competitive as this genre has many amazing games. But here we will discuss some of the best mobile games in this genre. So we introduce you to the top 10 most downloaded and most played Mobile Racing Games of the present time and who is the game development company behind to develop them. Well most of them don’t need an introduction as these are already very popular. The ability to be different and yet finding familiarity with people is a quality that resonates with people and they find themselves playing these games.

1) Asphalt 9 Legends: Released on July 25, 2018. Asphalt 9: Legends is a Mobile racing video game developed by Gameloft. It is hands down the best mobile game in this genre and for every right reason. The ninth main installment in Asphalt series brings out the most realistic and engaging graphics with so many new features like the new control mechanism system, TouchDrive, which makes the gameplay much easier and enjoyable. Its smooth gameplay and the outstanding soundtrack make it a worthy experience.

2) Real Racing 3: Developed by Firemonkeys Studios, Real Racing 3 is a racing game published by Electronic Arts. As hinted from the title of this game it is indeed considered to be the most realistic racing game. With tons of events and the top 100 cars from various manufacturers is a great attraction for the players. Because of that authentic gameplay that this game provides they stick around. No wonder this game has a huge userbase with cross-platform multiplayer support it adds to the amusement and overall user experience.

3) Need For Speed: No Limits: Need for Speed No Limits is also a product developed by Firemonkeys Studios published by Electronic Arts and its the Frist installment for the mobile games in the Need for Speed franchise. as a free to play Mobile racing game, it is one of the best in this genre. The graphics are realistic and the gameplay which is followed with an amazing storyline of winning street races, avoiding cops and upgrading cars it’s an actually amusing and fulfilling experience.

4) Horizon Chase: Developed and published by Aquiris Game Studio. Horizon Chase – World Tour is a racing video game. It was released on August 20, 2015. It is one of the few games in this genre that are known to be at par with its PC or Xbox version when it comes to performance. Horizon Chase is also popular because of its Retro style gameplay, with very believable graphics, different control mechanisms and various modes. It is still relevant among the users because of the regular exciting updates they provide.

5) Beach Buggy Racing 2: Beach Buggy Racing 2 is a racing video game developed by Vector Unit. The gameplay is simple here to Customize and upgrade your buggy and race with different opponents on a variety of locations. it is very similar to Mario kart with a lot more do. It has the most realistic effects, Beautiful locations, and smooth graphics. You can unlock various karts and powerups and use them in the race.

6) Mario Kart Tour: Mario Kart Tour is a kart racing game developed and published by Nintendo for smartphones on September 25, 2019. When it was released for a very brief time it held the title as the most successful game just before Call of Duty for mobile was released. Well, the gameplay is as fun as you can expect it to be with a little nostalgia and a different spin on the Mario Kart it provides you an amusing experience. Various racing tracks, different modes, and characters all add up to its charm. Online Multiplayer support is expected to roll out soon.

7) Riptide GP: Renegade: Riptide GP Renegade is a mobile racing game developed by Vector Unit. It is a unique mobile racing game considering the surroundings this game is set in. The locations, the tracks, and the hydro jets make it a very exciting gaming experience. Graphics are immersive and the controlling system is fluid. There are different modes and lots of stuff to unlock and upgrade and it also supports a 4 player split-screen.

8) CSR Racing 2: CSR Racing 2 is a free-to-play drag-racing game by Boss Alien and NaturalMotion Games. It is one of the most popular games in this particular genre. This one is more famous among the player who possesses a technical approach to racing games and with its realistic controls this game provides them just that. It’s more about your reflexes and presence of mind. CSR Racing is considered to be the best Drag Racing game out there.

9) Fast and Furious Legacy: Fast and Furious Legacy is considered to be one of the best movie based racing game and it is well recognized and has a strong user base. the gameplay takes you through the storyline of the movie and you face similar challenges as the characters in the movie, the characters are also included in the game along with the top cars. With amazing graphics and the familiar storyline gets you a little nostalgic as well as provides you with a great mobile racing game.

10) Gear. Club Unlimited: Gear. Club Unlimited is developed by Eden Games and published by Microïds. It is among the few popular mobile racing games which are visually appealing and provides great performance as well. The controls are very smooth and the amount of detailing is what makes this one worthy of the appreciation it receives.

as the realistic graphics with great details provide the users with great gaming experience.

Mobile Racing is a genre where there are different games with many unique ideas some of the best are mentioned here and we also stated why these are considered to be the best among all others. Users love these games because these games are unique and they provide a great experience and that adrenaline rush which is what an individual looks for in a game. With huge user bases and continuing to better their performance in the market, regular updates are important and we know these games are earning huge revenues as these are consistent with the updates and overall maintenance. If you wish to know more about the development of these games or you have a unique idea for an upcoming popular Mobile Racing Game contact the Best Game Developers and discuss your idea with them today.

Benefits of Working with An Internet Marketing Company Vs. Hiring An In-House Team

How to Pass the PMI ACP Exam?

How to buy app downloads

Creating your own sports betting app was never this easy before