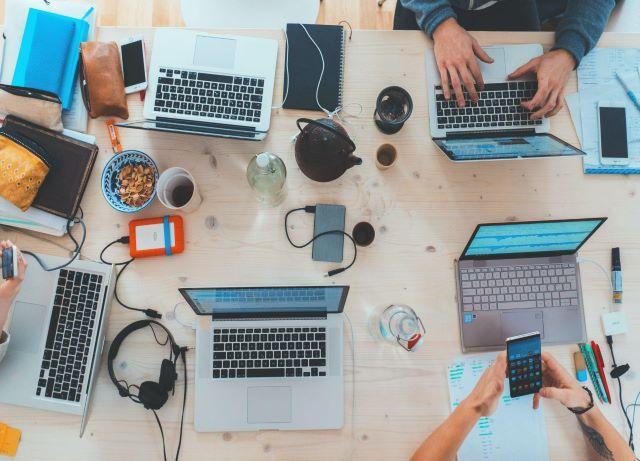 However, choosing the right app development tools from hundreds of available options is challenging. Developers often find themselves in confusing scenarios and make wrong decisions, leading to delays, increased costs, and sub-par software.

To help you make the right decision, we have curated a list of the seven most popular mobile app development tools and software in 2022. Read on as we compare the pros and cons of each.

Ionic is a well-known HTML5 mobile app development framework based on the SaaS CSS language. You can use it for developing hybrid mobile apps powered by web technologies like CSS, HTML5, and SASS. The framework is built on Angular and JavaScript.

Pros of the Ionic Framework

Cons of the Ionic Framework

Xamarin is owned and maintained by Microsoft, so you can entirely rely on it to build native iOS, Android, and Windows applications. From a shared codebase to standardized UI controls and protection against security threats – there’s a lot mobile app developers can explore in it.

Sencha is a rapid application development tool for building apps for multiple operating systems like Android and iOS. It is an MVC-based tool that works with JavaScript, which makes it an ideal choice among developers. To build applications in Sencha, developers use HTML5.

Developers use Appcelerator to build native and cross-platform apps. The mobile app development tool is their favorite as they have to write a few lines of code, allowing them to develop high-end applications with features like APIs and UI. Appcelerator offers an open marketplace where developers and users can sell and share templates, modules, and extensions.

Flutter is a portable, open-source UI and software development toolkit developed by Google. We use it to build natively compiled, cross-platform apps for Android, iOS, Windows, macOS, Linux, and the web. With Flutter, developers can develop and deploy applications to multiple devices like smartphones, PCs, laptops, and embedded devices from a single codebase.

This comparison of the seven best mobile app development tools might have given you a fair idea of which one you should choose. Always remember that the client’s requirements and budget will be critical in making the right choice.

Another thing you must keep in mind is whether the tool supports native or hybrid development. For example, tools like Android studio are best for building Android apps, but you can’t use them for hybrid or iOS development. Besides, it would be best if you also saw whether a tool is open-source or not because such devices have active community support and always receive valuable additions.

Ultimately, you must know that not every tool will fit your app development initiative. You must be mindful of what can offer you maximum results with minimum effort. That’s the only key to ensuring that the apps you develop are a success.

Is there anything about mobile app development tools and software you want to ask? Please let us know in the comments.