Five Decades to the Race Relations Act, Racial Discrimination is still on Fire in the United Kingdom 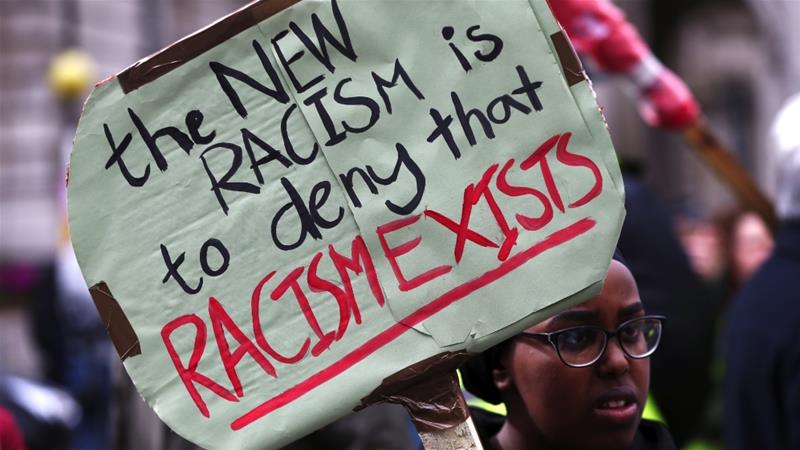 The Race Relation Act was formed in 1965 in the United Kingdom due to extensive racial discrimination in the entire region. The act prohibits all the citizens to involve in such an unethical act of discrimination. After this act, no one was allowed to discriminate anyone based on colour or any ethnic group in whole Great Britain.

One year later, Race Relation Board was also created. The Secretary of State selected a chairman and few members on the board. The responsibility of the chairman and selected members was to judge the complaints under such an act. If any of a citizen was found guilty in racial discrimination, the board members had an authority to judge and punish the culprits.

Reason for the formation of such an act was the uneven behaviour of a citizen towards new migrants. UK welcomed several migrants after World War II. Therefore, immigrants were discriminated a lot by the citizens of the UK. Many parliamentary members launched a bill to stop racial discrimination. But, things were still out of control. Therefore, the government was forced to introduce a Race Relation Act to stop discrimination in the whole UK.

An act described such discrimination as a civil offence instead of a criminal offence. The act forced each citizen to treat everyone equally. If someone was found guilty then there would be no relaxation for such a citizen. No one was allowed to refuse anyone in need, based on racial discrimination. After the formation of an act, delaying the cases without any valid reasons was not acceptable. Most importantly, this act disallowed to overcharge anyone based on their racial differences. No one was allowed to hate anyone on different races. Law was made equal for everyone.

The first case under such an act was found in October 1967. But, the rules were strict at that time. An offender was punished and sent to prison for 18 months. But gradually, an act was seemingly a joke for the citizens of the UK. More and more racial discrimination cases came forward later on. The racial cases between black and white people were in huge quantities. This is the reason Best Law Essay became popular. But gradually, the act had no meanings and rules for the citizens of the UK.

After a few periods, the act was unable to control the entire UK. Board members did not do well to carry on the laws and strictness against racial discrimination. The shocking part was that the law was only applicable at public places. Law had no meaning at shops and housing societies. The Board became weak by the passage of time and their performance started to diminish in the entire UK. Gradually, the Race Relation Act was failed to finish discrimination.

Now the five decades have been passed. But, racial discrimination is still a hot topic in the United Kingdom. Despite being the most popular and well-developed region, UK is considered as a place of racial discrimination. A region still has a big question on the injustice of a black person. Almost half of the black residents complain about the bad treatment of police against them. Therefore, black residents with support of best law homework writing help spreading their message of injustice to the entire world.

Black residents of the UK complain that they are ignored in almost every sector. According to them, white peoples are given more preferences as compared to black ones. Several black people have a complaint that even the media industry prefers white peoples to grow their career in this sector. They feel that blacks are never given an equal opportunity in this sector as compared to a white one.

Several black residents complain that they are forcefully pushed behind in every walk of life in the entire UK. The culture that is shown to everyone is fake. In actual, it is opposite of that. Racism is at it’s a peak in the UK. Even the number of white kids does not like to have a conversation or to play with black residents. The reason behind this cruel behaviour is that since childhood, parents feed their children to maintain a distance from blacks.

Undoubtedly, racism in the United Kingdom is at the top. Several acts and laws were created to end this unethical behaviour. But, no law or rule was able to stop such a cruel activity. Even Prime Minister Boris Johnson has also stated many times about the rising issue of racism in the entire UK.  Therefore, a dissatisfied behaviour of black residents is valid and this issue should be given proper attention as racial discrimination is not at all accepted by any means.

CAN SOUNDBAR REPLACE SURROUND SOUND? WHICH IS BETTER FOR YOU?