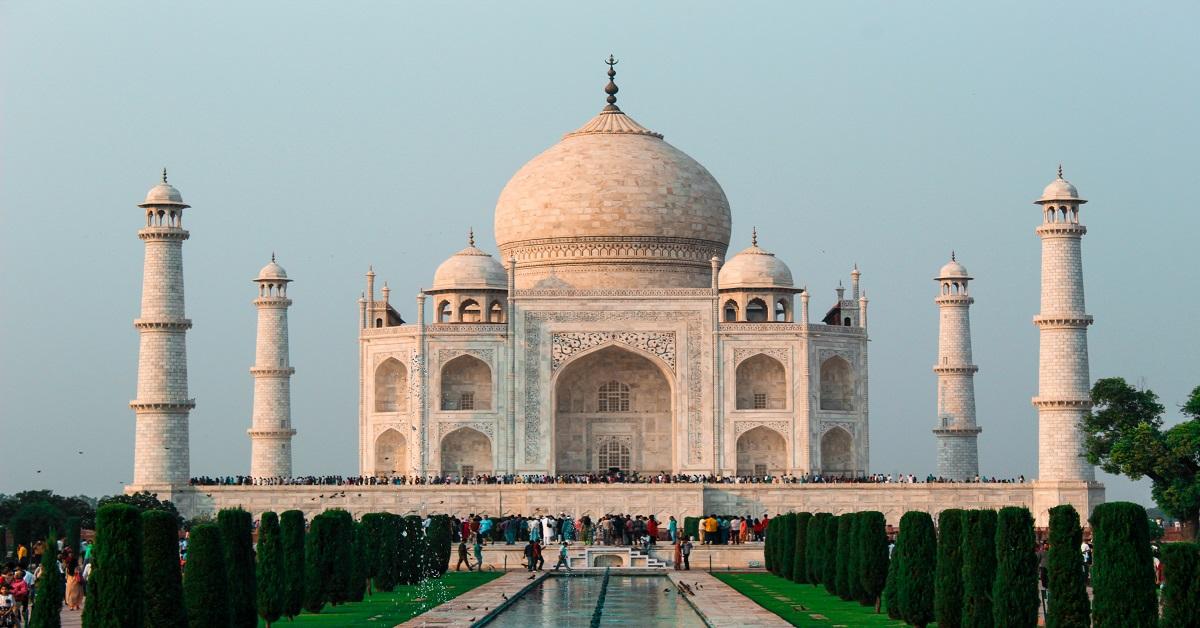 A wedding marks the beginning of a couple’s journey toward unity. It is a celebration of love where two souls come together in a sense of belonging. Every wedding has a backstory and wedding photography documents the moment when the two souls are united. The pre-wedding photo shoot encapsulates the love tale. The pre-wedding picture shoot not only records the tale of the first meeting or the stunning appearance of the bride and groom, but it also gives the pair a chance to bond. It permits them to become familiar with one another and, in the case of an arranged marriage, to become at ease with one another.

Are you getting hitched more quickly? Considering a pre-wedding photoshoot? Looking for pre-wedding photo-shoot venues that would make the images stand out? What other place for a pre-wedding shoot could be more romantic than the city of love? The ideal location for a destination wedding is Agra, which is a lover’s paradise. The architectural treasures of Agra, the city of the Taj, are well known. The city of love, which is situated on the banks of the Yamuna River, is home to some of the finest examples of Mughal architecture. The city of Taj is the ideal location for pre-wedding photo shoots in Agra because of its stunning settings, heritage walks, sparkling Yamuna, and Mughal architecture.

Each year, tens of thousands of visitors travel to Agra to see the monument to love. Couples have been inspired by the city of love’s captivating beauty over the years. Are you one among those people that wants your pre-wedding photo shoot to take place in the city for the love of Taj? Consequently, you must be looking for pre-wedding photo venues in the city. So, included below are some of the top locations for photo shoots in and around Agra.

The Taj Mahal is regarded as the pinnacle of beauty and love. It is a prime example of Mughali artistry and one of the Seven Wonders of the World. One of the best places in Agra for pre-wedding photo shoots is the Taj Mahal, which was constructed under Shah Jahan’s direction for his adored wife Mumtaz Mahal. A pre-wedding photoshoot with the Taj Mahal as the backdrop improves the picture’s beauty. The couple’s desire is to have their pre-wedding photo shoot with the breathtaking white Taj Mahal as the backdrop. Early in the morning or on a night with a full moon is the perfect time to take the photo. if you want to read some more article related to  pre wedding photoshoot location  read here wedding diaries by omp

By having it taken near Akbar’s mausoleum, you can give your pre-wedding photo session a royal flair. The vast Mughal emperor’s tomb is surrounded by a 119-acre garden and is located there. For those fervent history enthusiasts, the architectural marvel is one of the most picturesque locales. Akbar the Great’s tomb is the ideal venue for your pre-wedding photo shoot if you’re one of his supporters.

After the Taj Mahal, Fatehpur Sikri is one of the most popular tourist destinations in the world. Fatehpur Sikri, a UNESCO World Heritage Site, is located 60 kilometres from Agra. Numerous locations for pre-wedding photo shoots are located inside the great fort, including the Panch Mahal, the Tomb of Salim Chisti, the Buland Darwaza, the Jama Mosque, and lush Mughal gardens. If you’re seeking for a single location with a variety of stunning shooting locations, Fatehpur Sikri is the place.

The Itmad-ud-Tomb, Daulah’s a Mughal mausoleum, is frequently referred to as the “baby Taj.” The mausoleum houses the tomb of Mizra Ghiyas Beg, who is thought to have been Mumtaz Mahal’s grandfather. The mausoleum looks similar to Jahangir’s tomb, which was constructed in Lahore. Nur Jahan, his daughter, erected the mausoleum. This delicate-looking mausoleum has marble jhalis that have been expertly crafted. The earliest monument made entirely of marble was the tomb constructed on the Yamuna’s banks. For couples who adore Mughal art, the mausoleum makes a perfect pre-wedding photo spot in Agra.

A mosque constructed by Jahanara, the Jama Masjid is made of red sandstone. One of the biggest mosques in the nation and an impressive example of Mugal architecture is the Jama Masjid. The main mosque is still crowded with people. During your pre-wedding photography here, give your pictures a religious twist

Jahanara, the daughter of Shah Jahan, constructed this modest mosque that is almost entirely made of red sandstone. This mosque is one of the biggest in the nation and is nonetheless an impressive work of architecture on its own.

The beautiful Sikandra fort is a Mughal mausoleum from the 17th century that is also referred to as Akbar’s tomb. While still alive, the Mughal emperor had his mausoleum built as a haven of repose. Sandstone and white marble were used to create the stunning building. The Sikandra fort offers a taste of Rajputana, Mughal, and Gothic architectural styles. The calligraphy, floral patterns, and geometric patterns all contribute to the Sikandra Fort’s aesthetic appeal. If you’re looking for a pre-wedding photo venue in Agra that combines history and nature, Sikandra Fort can be a good option.

Do you enjoy beauty of nature? Why not have your pre-wedding photoshoot at Rambagh Garden? One of the most historic and well-preserved Mughal gardens is Rambagh Garden. The garden is divided into 4 areas by water features and walking routes. The park offers a breath taking view of the sunrise and sunset and is surrounded by tall walls and pavilion towers.

The Musamman Burj, an octagonal tower, is located adjacent to Diwan-E-Khas, Shah Jahan’s private hall. The tower, which is constructed from white stone lattice and offers breath taking views of the Taj Mahal, is called the Musamman Burj. It is a lovely location for pre-wedding portraits because it overlooks the Yamuna and the Taj Mahal.

The Taj Nature Walk is a peaceful area close to the stunning Taj Mahal. The Taj Environment Walk, which spans a vast area of 70 hectares, is the ideal fusion of history and nature. Make your pre-wedding photos even more beautiful by having them taken in a natural setting with the Taj Mahal as the backdrop. The Taj Nature Walk is the ideal location for capturing those tender candid moments.

One of the final Mughal gardens is Mehtab Bagh, which is located beside the Yamuna River. When photographs are taken at Mehtab Bagh, the Taj Mahal serves as an attractive backdrop, enhancing the beauty of the images. The ruins of the Black Taj are also located in the Mehtab bagh. Mehtab Bagh is the ideal location for pre-wedding photo shoots if you’re looking for a beautiful atmosphere in Agra.

The Noida-Lucknow expressway, which links Noida, Lucknow, and Delhi, is a good example of contemporary construction. The routine of the conventional nature and historical backdrop photographs is broken up with a pre-wedding photo session on the freeway. The expressway provides a contemporary and beautiful background for the natural moments during a photo shoot.

The Chini Ka Rauza was established in remembrance of Allama Afzal Khan Mullah, a scholar and prime minister of the court. The memorial is sometimes referred to as Chinatown. The tomb is a wonderful discovery spot for the couples because it is located on the eastern banks of the river Yamuna and concealed by a tree alcove. This secret mausoleum in Agra makes for the ideal venue for a pre-wedding photo shoot.

These are some of the top locations in Agra for pre-wedding photo shoots. Which one do you choose?

A Closet Organization System That Will Change Your Life

Bathroom Remodeling and Renovation Ideas on a Budget