What Are The Best Practices To Make iOS Game Development Successful 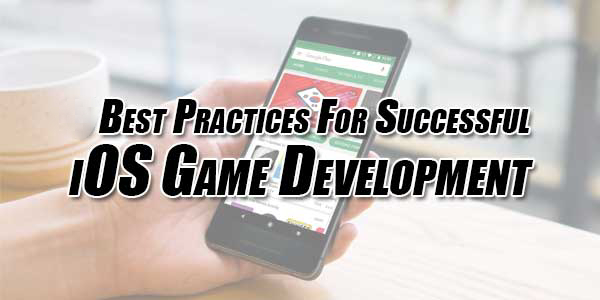 The recent popularity of mobile games has increased due to the valuable contributions from two renowned global players-Android and iOS. In this post we will mainly talk about iOS platform for creating entertaining and interactive mobile games. The high demand of iOS games makes it significant in retaining its recognition. iOS games are responsible for almost half of the downloads in the App Store.

An iOS game development company can provide you the following tips with which you can craft high grade and engaging games.

As an iOS game developer you need to have an understanding about the future concept of your app so that the game mechanics can be planned carefully with respect to the gaming contents it will have.

For instance, while developing a platformer your game mechanics should have physics, character’s controls, behaviour of the enemies etc. The various kinds of levels of your gaming world will comprise your game contents.

To ensure the amusement of the players you can have 200 or 20 levels with textures, objects and landscapes. However, one rule that you need to remember in order to achieve exceptional gameplay is that the modelling of game mechanics needs to be done in codes. Apart from it, the rest should not be in code files. If this is not followed properly, you will end up yielding tons of duplicate codes which is a strict no for the developers. Also your game will be complicated for support and maintenance. This apart you may face problems even while making minor changes in your gameplay as you have to go through the minute details of the files which can be huge.

Core timer is to be integrated with time dependent actions:

The concept of Update Loop is to be applied so that your game’s actions can be controlled giving it a comprehensive look. It will actually serve as a timer which can control the game’s rendering on the screen. Normally rendering of mobile games at 60 frames in one second. But developers sometimes can opt for setting their own timers.

But it is to be remembered that global rendering speed can significantly slow down in mobile games. This particularly happens when the games are complex or even when the device is overloaded. This results in making your gaming actions move out of sync.

To avoid this, it is advisable to use the timer provided by your game engine.

While designing sprites for iOS games you have to think before hand. While drawing them it is better if you can make a habit of cropping sprites accurately and tightly.

Keeping the above tips in mind you can hire iOS game developer for creating your favourite games.

Mr. Arup Roy is the CEO of Red Apple Technologies, one of the popular iPhone game development companies in the world. Being the owner of the company he is keen in making iOS devices compatible for diverse genre of games.