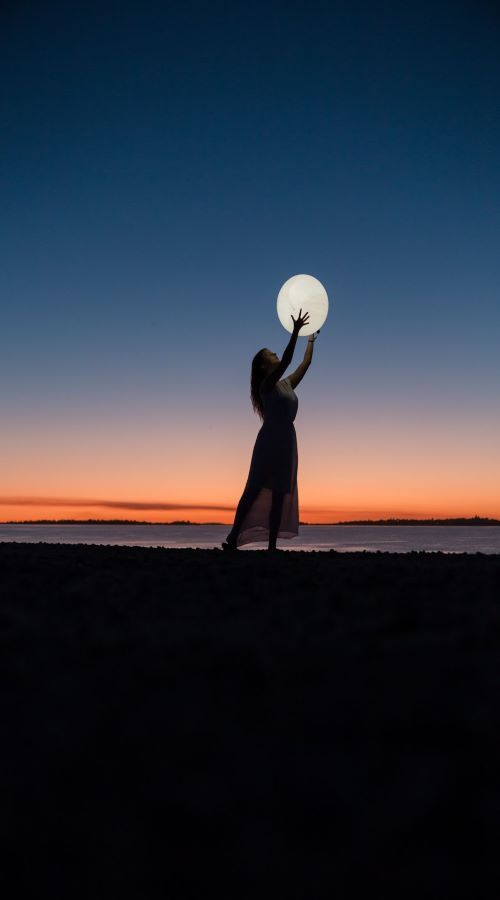 It protects Earth from meteorites, provides a source of light at night, and plays an important role in the habits and mating cycles of many creatures on Earth. Here are some other ways the Moon can influence and affect us.

The Moon in Astrology

Astrology is the study of the Moon, planets, and stars and their locations at the moment of your birth. It is used along with zodiac signs to give insight and guidance to those looking to make important changes in their life, whether that would be a career change, romantic relationship, or something else causing uncertainty.

Everyone has a birth chart, or natal chart, that is essentially a snapshot of the sky at the time and location of the individual’s birth. Your birth chart is said to give insight into your strengths and weaknesses, personality, and important events in your life.

The Moon is associated with feminine energy and is the ruler of Cancer. It is said to represent the mother and it is the second most important influence on a horoscope. The Moon represents our inner world. It is said to reveal our needs, how we ask for love from others, and how we give affection.

It symbolizes pure emotion and the part of ourselves that we feel on a deep, instinctual level. According to astrology, it is wise not to give too much or too little importance to the Moon in your life to keep yourself balanced.

Astrologists consider the Moon to drive our personalities more than the Sun does, particularly if the Moon’s placement is in a water sign, or at a conjunct angle in our charts.

The Moon in Tarot Cards

The Moon is one of the most important cards in quality tarot reading. It depicts an image of a wolf and a dog positioned between two towers, staring up at a large, full Moon. In the foreground there is a small pool, which represents the watery, subconscious mind. There is a crayfish crawling out, which symbolizes humans, evolution, and the early stages of developing consciousness.

In tarot, it is believed that the Moon card is related to deception and illusion, and it appears when we need to allow our subconscious to take the reins because something in our lives is not as it seems.

The Moon card can have both positive and negative associations depending on the position of the card when it is pulled.

The Moon plays an important part in our lives by giving the Earth optimal conditions to sustain life. It gives us light, a method to tell time, it influences our oceans, and has provided guidance for sailors. It has been a source of inspiration for humanity for millennia.

As a symbol permeated with divinity and feminine power, it has been used symbolically for as long as we have been creating poetry and literature. While for centuries the ability to test hypotheses has helped us understand more about the Moon and how it affects life on Earth, just how much it affects us is still shrouded in mystery.