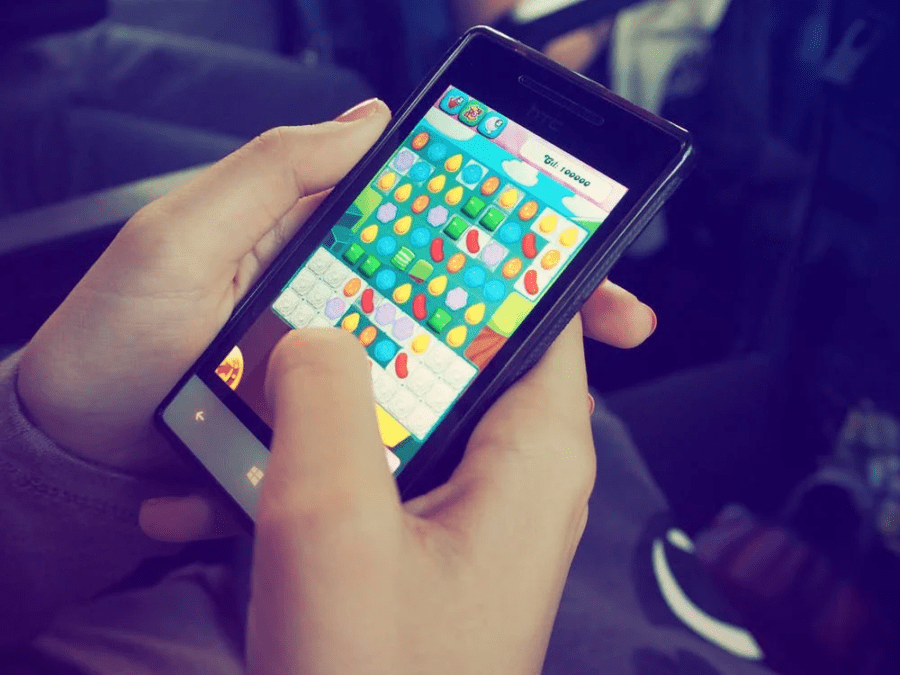 Despite being a relatively young industry, mobile gaming has experienced a massive explosion in popularity over the past decade. Smartphones are capable of so many things nowadays, and gaming has become one of the most popular functionalities.

Businesses have taken notice of this as well. Mobile games have generated over $93 billion of revenue in 2021. In contrast, Consoles made $50.4 million last year, and PCs are sitting at $36.7 billion. Today, we will be discussing how mobile gaming turned into the giant that it is today, as well as the reasons for its massive success.

Mobile phone games were nothing more than a novelty in the pre-smartphone world. The most popular pre-smartphone era mobile game was created by Nokia in 1997. The game was a version of Snake that ran on the Nokia 6110. Fun fact, it was also the first multiplayer game, as it allowed two snakes to be controlled by two players via an infrared port.

Of course, handheld video game consoles such as the Gameboy and PSP were around, and they were quite popular. For the longest time, this was where people could play “real” games on mobile. That all changed when Steve Jobs unveiled the iPhone. With the massively increased RAM size compared to the other phones of the time, the iPhone was revolutionary for the mobile gaming industry.

In December 2009, Rovio Entertainment would release the mega-successful Angry Birds on the iOS store. A premium game for the shockingly low price of $0.99 led to the game becoming a phenomenon.  While Angry Birds dominated the casual market, social media sites had started booming free-to-play games.

Games such as Candy Crush Saga were even simpler than Angry Birds, and not only that, it was completely free. Well, “free” is a strong word. Yes, the game could be played without spending a single cent, but it would halt progress by limiting the player’s actions per day.

In return for more actions, players could spend money to unlock more actions with in-game currency. This deceptively simple practice was eventually adopted by nearly every other mobile game moving forward. Candy Crush Saga would dictate the “freemium” model that made the mobile gaming industry the giant it is today.

The Rise of Multiplayer Mobile Gaming

While Angry Birds and Candy Crush were massively popular single-player game, it was rather lacking in the multiplayer department past scoreboards. Players had an increase in social and skill-based gaming skills, and they wanted somewhere to move to. That’s where Clash of Clans filled the niche.

Supercell capitalized on the now enhanced network capabilities of phones as well as the inherent competitiveness of most gamers. The game was a lot more involved than the simple puzzle mechanics of Angry Birds and Candy Crush.  Clash of Clans attracted players who valued tactics while being accessible to casual gamers.

As these base-building games flooded the market, other multiplayer games would also pop up. Games such as Pokemon Go would utilize ARG mechanics to allow players to interact with each other on IRL location mechanics. Eventually, mobile games finally managed to be capable of AAA quality games such as Fortnite and Genshin Impact, cementing their place as a real platform for gamers.

The Qualities of Mobile Gaming

Mobile gaming managed to reach unprecedented heights thanks to a host of factors.

This is the biggest reason for mobile gaming’s success. Consoles and PCs are hefty investments, and they can only be used purely for gaming. While yes, there are a ton of video games that can’t be run on mobile, not everybody is a hardcore gamer. The mobile market tapped into the previously ignored casual gamer market.

Smartphones are multi-purpose gadgets, so adding gaming to their many capabilities was a brilliant innovation. While waiting in line, or on a lunch break, people could simply open up their phones and start playing games. They wouldn’t need to store it especially since it was a phone, and it likely wasn’t a hefty investment because it would be used for many other things.

Unlike the incredibly expensive PCs or consoles, phones are significantly easier to obtain. As previously mentioned, smartphones are multi-purpose gadgets, but in addition to that, they are also very cheap nowadays. Phones that can run games such as Clash of Clans or Mobile Legends only cost around $250 to $350 on average

Not to mention, they are a lot easier to learn. A touch screen is a very simple interface and is intuitive in its design. Over the 2020 pandemic, there was a 17% increase in the number of mobile gamers over the age of 45. The simplistic design of smartphones as well as the straightforward teaching of mobile games on their mechanics are important factors in this.

Back in the 90s, multiplayer games were limited to two players attached to a console, or hardcore gamers lugging around PC rigs for LAN parties. Nowadays, kids and adults alike can just pull out their phones and enjoy multiplayer games with their friends where they’re standing. The social aspect of gaming is strongest in the mobile gaming community due to its mobility.

Phones can be carried anywhere, and nearly everybody has a smartphone nowadays. It’s an easy icebreaker to ask someone what games they play. If it happens to be a mobile game, it’s incredibly easy to then add them to the game and play it only a minute or two later. Mobile gaming has helped make the hobby a more active social experience.

Lastly, the most popular mobile games all tend to be quite simple. It doesn’t mean they aren’t difficult, but the actual gameplay loop is easily digestible. Clash of Clans may be the most involved of the big mobile games, but even that isn’t reaching the levels of complexity that PC RTS games had. Mobile games are simply easier to play.

Candy Crush Saga epitomizes that the most. It’s a simple color-matching game, but the aesthetic and feeling of progress is satisfying for mobile gamers. Angry Birds, one of the first major mobile game hits, was also a simple game. Many games of its like already existed on flash game sites years before. It was simply refined to industry standards.

Mobile gaming is a booming industry in the tech world, and it’s not the only one. To learn more about other tech trends, visit our site here!

What are the Differences Between the Nike Dunk and Nike SB Dunk?

How to find the best football prediction site in the world

NFTs Bring The Heat To The Gaming Industry