The Religious Culture of Moroccans and Food Traditions 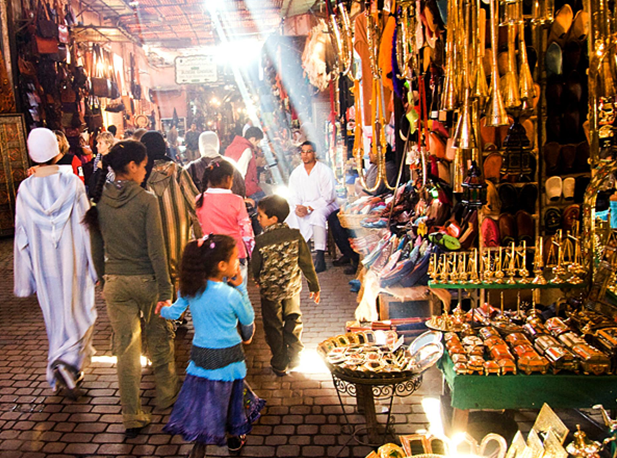 My experience in Morocco was just amazing one, I visited the holiday destination on an exclusive package for family holidays in Morocco. It was all very fantastic, well planned and yes very enjoyable. With me, there are many experiences I’m gonna write in this article. My major focus will be on the religious culture of Morocco and how people observe those religious traditions. Morocco’s secret is that it is somehow a conservative society, not mostly, but very few places are having a bad reputation and foreigners are advised not to visit those places. My advice to you is don’t worry, see the weight of the beauties and charms of the holiday destination and get your visit booked for your incoming holidays. You will be having a memorable itinerary.

What I observed about religion and rituals in Morocco!

Islam is the major religion of Morocco so that it is an Islamic state observing all the values and traditions taken by Islam, a religion of peace, and the complete code of life Muslims believe. They observe the Islamic months which was the real attraction for me, I was curious about the activities and rituals they have.

It was so interesting to know that most of the people in Morocco I found at least could understand the world standard language English. It was so fortunate because without that the foreigners could face difficulty to communicate with the travelers. Other than this, they use to speak Arabic, as their central language to communicate, but no, Moroccans are also very focused on their local languages and so the local traditions.

The matter of the real experience is that Moroccans also speak French and Spanish. How? That is really interesting. English is mostly spoken in the major tourist destinations like Marrakech and other famous places. As you travel towards the north of the country, you will experience the Spanish influences, be it the language, architecture on the buildings or the eateries, you’ll find yourself in an Undalaian Arab colony.

Christianity is the second-largest religion in Morocco. This is because of the fact that the foreigners living in Morocco in a large number. By roaming in the streets of Morocco, when I went through the old city, Medina in Marrakech, I also came to know the Jewish colony. My guide told me that in Morocco, every major city has the Medina, an old city, a palace for the kings and princes of the kingdom of Morocco, It is still a kingdom state.

What I found in Morocco is that the nation as a whole is very gastronomical. People travel to Morocco from across the world really like the traditional foods made in Morocco. What was an interesting aspect that the cuisine tells the influences also. Now, what does that mean here? It means that I discovered the tasted which were a mix of Arabian, Spanish, and other foreign influences. I experienced many tastes of a one-dish, now what does that mean. It is a representation of different local cultures the country preserves.

Tajine is the most famous of all in Morocco.  I landed from the airport and the first dish I was served with was the couscous soup and Lamb Tajine in my Riad, it is the name of a guest house. The other dish I want to praise about is the B’stilla.

Other common but very special dishes are the Harira and Tanjia. It was great fun having the experience of taking the green tea with every meal in Morocco. It is a very common tradition, or you can say the overrated one for me, to have the Mint tea with every meal.

The rituals of the destination makes the food more important for the travelers. The guide told me about the special arrangements of the Moroccan traditional foods in Ramadan festival and the festival arranged for the foreigners in June, July. Muslims don’t eat Pork meat and only eat those things which have no religion objection. In Ramadan, they eat only two times. On the Dawn to keep their fast, then they don’t eat and drink anything the whole day. With the sun go down, the break their fast and traditionally in Morocco, people eat Harira to break the fast.