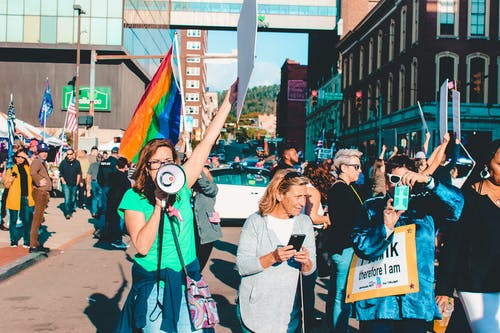 The far-right is a spectrum of groups and individuals who are expected to be at odds with one another quite often, but some ideologies and views unite them. The right-wing followers follow exclusionary, conspiracy threats, dehumanizing beliefs, anti-democratic practices, existential threats, and more harmful concepts like these. The dehumanizing and brutalizing beliefs are the core of these far-right ideologies. The superiority and inferiority concept is promoted to cause chaos based on race, ethnicity, nationality, gender, or religion.

From the front, they entitle themselves as the white supremacists, but in reality, they don’t have any counter strategy to overcome the reducing number of white people in many states. Their primary focus is on anti-government extremism, misogyny, and nationalism. Promoting authoritarianism and threatening free and fair elections, such actions make strong evidence to prove that far-right ideologies are based on ethnic cleansing and promoting the separate ethnic-states.

Haywood-Senate is a campaign started by John Haywood. Haywood for Senate is intended to reveal the fascist side of right-wing politics. It won’t be wrong to say that far-right politics can lead to political violence, oppression, or even genocide. Their chauvinist, xenophobic and racist views give us a strong idea about what they want to do with our beloved country.

Democracy Is In Crisis

We want to make America great again but not in Trump’s way. Why are we saying that? Seriously, is that even a question! Everyone knows about the attack carried out by the violent extremists. They stormed the Capitol at the behest of Donald Trump. The biggest question is what made the world’s oldest modern democracy reach this point of peril. Different people will make different points to either justify the act or to condemn it. But we can not deny the fact that when you mix blatant misinformation with toxic polarization, such seditious acts happen.

For most politicians, majority control is more sacred than democracy. They just want to preserve the power anyhow, and when these two things come face to face, the one that is forced to sacrifice is always democracy. This lust for power and nationalism has gained leverage over the Republicans and their party.

When we are in a serious discussion about democracy, it becomes quite necessary to define it for those who do not have a fine idea about it. If we go by Abraham Lincoln’s words where he says, “government of the people, by the people, for the people.” We can state that democracy is popular sovereignty.

People should be allowed to choose a government through free and fair elections. This is the fundamental core of democracy. You might have heard about liberal democracy. The primary motive of this ideology is to ensure that no ethnic, class, or business interest overpowers or exploits the Americans. To some extent, liberal democracy is important because no other system encourages growth through peaceful competition between concepts and interests.

The Need For Democracy

Not only America but in the history of civilization, democracy has played a crucial role in their transformation. The monarchy and conquest power structures were transformed into people’s rule and peaceful co-existence. Now that we have discussed democracy in detail and we also know what liberalism is, the question that arises is which type of government we need in America. Should we spread democracy or liberalism? Ultimately, the need is to develop policies that encourage liberal democracy. Both of these ideologies should be combined.

Haywood-Senate or Haywood for Senate campaign was initiated by John Haywood. He stated some reforms on his website that he wants to make. A strong statement was passed from his side about those reforms. He thinks that none of those reforms are possible if the US remains destabilized by racist, right-wing Zionism.

The statehouses oppose those reforms because the Republicans control them, and they will never allow such reforms to be passed. According to the Census Bureau, whites have lost their majorities in nineteen states. If things aren’t changed in the coming years, we can expect a nationwide non-white majority by the 2040s.

The Republican legislators manipulate the whites of those states by giving them false hopes and tempting offers like we will bring laws to push down and dominate the non-white voting. They further demean the Supreme Court by calling them blatantly unconstitutional. The legislators claim that the court will readily support their white supremacist laws, and that is how whites will remain in power even after losing the majority. We have to understand that this mindset can cause huge bloodshed or even a war.