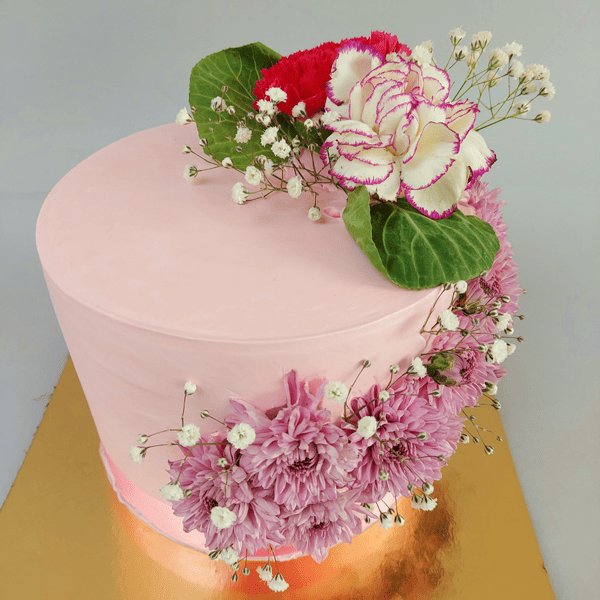 Apart from the fun and enjoyment of us, Cakes are something very familiar with every celebration now. But, do you know how cakes were invented and how they became an important addition to every celebration. Can you imagine those time celebrations without a Cake?

Cake’s history dates back to more than 4 centuries. And the word cake come from the phrase Kaka. There are many more interesting Cakes like these, scroll down to know them.

1. Now, we all know about birthday cakes, but do you know when the first birthday cake came into the limelight? A cake is given as an offering on the birthday of a person. Then, in 1785, the first reference to the ‘birthday cake’ was given.

2. Have you heard about romantic cake dreams? Yes.  During the 17th century, people in England believed that having fruitcakes below the pillows of unmarried couples could give them beautiful dreams regarding their fiancée.

3. In Roman times, butter and eggs were included in the basic bread for giving a good consistency that we acknowledge as cake-like. Even honey was also added like a sweetener. The difference between Roman notions of bread and cake was very blurred.

4. There is a difference between a pie and a can. But a Boston Cream Pie is a cake? Confusing isn’t it. Actually, in the old days of America, just the pie tins were familiar and that is why it’s prepared by using a pie tin.

5. Are you aware of the word: “you can’t have your cake and eat it”? It first appeared in the 16th Century, firstly.

6. Do you know that the British cake market is worth over £1.2 billion per annum?

7. The early cake versions are flat, small discs of grain were fully dried and compressed together. The nearest similarity of the cakes that we are now enjoying didn’t fully appear till the early 18th century. Before they were normally raised with yeast, and they are much closer to bread than cakes.

8. Have you ever thought about why royal icing is called “royal icing”? It is usually an icing that’s made by icing sugar,  egg whites, and lemon juice. This got the recognition as ‘Royal’ after it’s coated on Queen Victoria’s wedding cake. Queen Victoria is also the first one to cost her wedding cake with pure white icing.

9. Christmas cake is a modern improvement to festive times. The iced and fruit cake that we enjoy while Christmastime replaced the 19th-century traditional cake ‘Twelfth Cake’. That is mostly eaten while at the feast of Epiphany, the whole Christmas season.

10. Fruit Cakes are eaten by the Roman crusaders to make them energized and full, then the recipe is adapted to be decorated with fruits that are soaked with brandy or rum. And these fruit cakes used to last longer when there was no refrigerator option.

12. What’s the costliest cake you ordered? Whatever it is, it can’t beat the world’s most expensive cake. Yeah, the most expensive cam scroll in the world costs $75 million and was created by British-born designer Debbie Wingham for a UAE anonymous customer. He bought the cake for his daughter’s engagement and birthday party. The cake is a six-foot-long tag that features edible fashion show models. And  4,000 diamonds are also included in the cake.

13. Birthday Cakes are now a mandatory thing. But, it was the  17th century, when birthday cakes became a  common feature of special celebrations. However, they were rich creations that just the upper-class members could afford, because ingredients such as sugar are very expensive. It was the 18th century when the prices of the Half Kg Cake ingredients dropped, and many people can enjoy the cake happily.

14. There is a certain significance of cakes before. Southern United started the cakewalk dance competition that’s meant for graceful walking. So whoever won the cakewalk graciously was given a cake as an award.

15. Earlier there was a tradition of attacking cakes in the wedding rites. In the wedding ceremony, every guest used to carry a layer of the cake for the bride and groom. And these cake layers are stacked by using butter and honey. It is known that the much higher the cake is, the more famous the couple is. That made cakes popular for every occasion. Do you think that we should have this tradition back?

16. Do you know from when cakes started to add in rituals – millions of years ago? Celtic people used to celebrate a celebration by naming it a Beltane festival. During this festival, they used to light bonfires at the top of the hill. They used to roll down round cakes right from the hill. If your cake didn’t break, then it is believed to bring great fortune.

17. Cakes are an important part of weddings, but do you know how in ancient times wedding ceremonies were completed? They used to break a bread loaf over the bride’s head or throw bread pieces on her.

18. Red Velvet Receipt used to be a secret, yet it’s known to everyone due to a woman’s revenge. After eating Red Velvet Theme Cake in a restaurant, a woman is impressed with its taste. So, she cooks the recipe. Then the restaurant gave the red velvet cake recipe to her, yet they charged her $100. That made the woman angry, and she disclosed the recipe to the crowd.

We can all listen to these fun facts about cakes all day. Don’t we? Not only the cakes, but even the facts about it are also interesting and fun.  From normal bread cakes to large-tiered designer celebration cakes, cakes come far away. So we are. Don’t you think you need a cake now, after going through the facts? Then get it at the comfort of your home. Just visit DP Saini Florist in Faridabad and explore a variety of cake options, flavors at different price ranges. Now, with DP Saini Florist, you can get your favorite cake at midnight or on the same day within hours. Visit DP Saini Florist now.