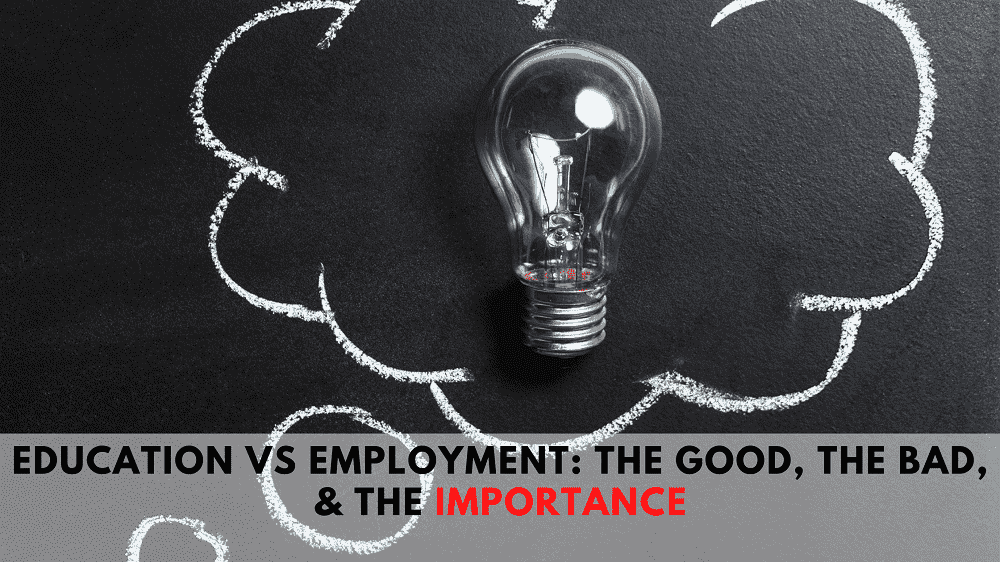 This research makes use of unique job and unemployment claims data, as well as a straightforward model, to provide answers to these issues. The model seeks to establish which characteristics have an influence on the relative income of a person who has just emerged from unemployment as well as the length of time that person has been unemployed. The findings highlight the relative short-term value of schooling in a person’s capacity to effectively navigate the re-employment market while they are out of work. Higher levels of education improve the likelihood that an unemployed individual will re-enter the labor force with a similar income and shorten the amount of time it takes to find new work.

Unemployment causes a considerable reduction in spending, which is typically greater than the reduction in income. As a result, spending might be delayed for a period of time after the family has regained its income. The psychological toll that unemployment takes on a family’s well-being may have a considerable influence on the economy as a whole.

This is why economists have been seeking greater information on the dynamic impacts of the re-employment market for quite some time now. It is in the public’s best interests for those who have recently lost their jobs to navigate the re-employment market as swiftly as feasible and to re-emerge with the greatest income result imaginable. Using the data that is available, the researchers look at a variety of characteristics to discover which ones have an effect on both the income that someone will earn and the length of time that they will be unemployed. In particular, the influence of education on the jobless will be examined in this article.

In academic research, there is a long-standing interest in investigating the possibility of a relationship between pay performance in the job market and educational levels. Based on the widely acknowledged concept of imperfect substitution between the job and the availability of skills in the labor market, this connection is established. The labor market continues to have a favorable pay bias in favor of skills and improved human capital, according to the Bureau of Labor Statistics. As Card points out, there is a significant and consistent body of evidence demonstrating a relationship between salaries and years of education.

In addition, it is suggested that, from a dynamic viewpoint, pay disparity should diminish as a result of increased levels of education. Short-term, occupations demanding greater levels of competence are compensated with higher compensation. With an increase in the number of persons pursuing these roles and a rise in educational degrees by using some of the best assignment writing help, the supply of more qualified employees increases. Because of the rise in supply, high-skilled positions are under downward pricing pressure, resulting in lower earnings. At the same time, the fact that fewer individuals are seeking low-skilled employment leads to greater pay. According to this dynamic approach, education will lead earnings to become more similar. Goldin and Margo describe and quantitatively demonstrate this point of view in data collected before 1970 between white-collar and blue-collar workers.

Using the argument that highly educated individuals are more talented in difficult occupations and, as a result, demand greater compensation, Seeks to bridge the gap between short-term and long-term dynamic tendencies. The greater supply of highly educated individuals exerts downward pressure on salaries in difficult occupations over time, or it forces the highly educated into positions with lower earnings and fewer skill needs in the long run (see Figure 1). As a result, the relationship between education and income is positive as a first-order condition but negative as a second-order condition.

A number of people are opposed to the concept of long-term dynamic pay convergence and a reduction in wage disparities. Contends that there is no evidence of declining benefits to education in the near future. As a result of increased human capital as a result of education, higher levels of investment in technology will be made, which will encourage innovation. A positive externality resulting from education is innovation, which has the effect of reducing the likelihood of declining returns to education. This theory is consistent with studies conducted utilizing data collected after 1970, which reveals that pay disparity in the labor market is rising as a result of skill demand divergence in the labor market. This also includes general equilibrium models that relate education and human capital development to rising inequalities in income and wealth.

Another factor that might account for the observed rise in income disparity after 1970 is the nature of the jobs held. High-wage job creation (such as manufacturing employment) is on the decrease, but low-wage job creation (such as service-based occupations) is on the rise. Low-skilled salaries are being suppressed as a result of this shift in the composition of employment growth, which also maintains a large pay difference. Job creation and pay increases according to this perspective are not widely acknowledged.

The purpose of this paper is to contribute to the current knowledge by investigating whether the relationship between earnings and education continues into the re-employment market. Once the variables of impact have been identified, improved policies may be implemented to aid the jobless in their efforts to get a position in the re-employment market. The dual objectives of the jobless individual are to find new employment as rapidly as possible while also receiving a sufficient income. This research contributes to the identification of the factors that contribute to these results.

What Role Does Job Training Play in the Economy?

A successful economy has a workforce that is capable of running industries at a level that allows it to maintain a competitive edge over the economies of other nations in the world. Nations may experiment with many methods of rewarding training, including tax incentives, the provision of training facilities, and a range of other strategies aimed at increasing the skill level of their workforce. A competitive edge in every industry is improbable, but an economy might concentrate its efforts on a few businesses where competent individuals are more easily available.

Training levels differ significantly across industrialized and developing nations, and this is a crucial element in separating them. Having better-trained people has spillover effects across the economy and generates positive externalities, despite the fact that other variables, such as location and available resources, are obviously important. A well-trained workforce is one example of how an externality may have a favorable impact on an economy. In other words, having a competent labor pool from which to recruit people is an external factor that benefits all businesses. A given geographic location may be home to a large proportion of the highly skilled workforce in various situations.