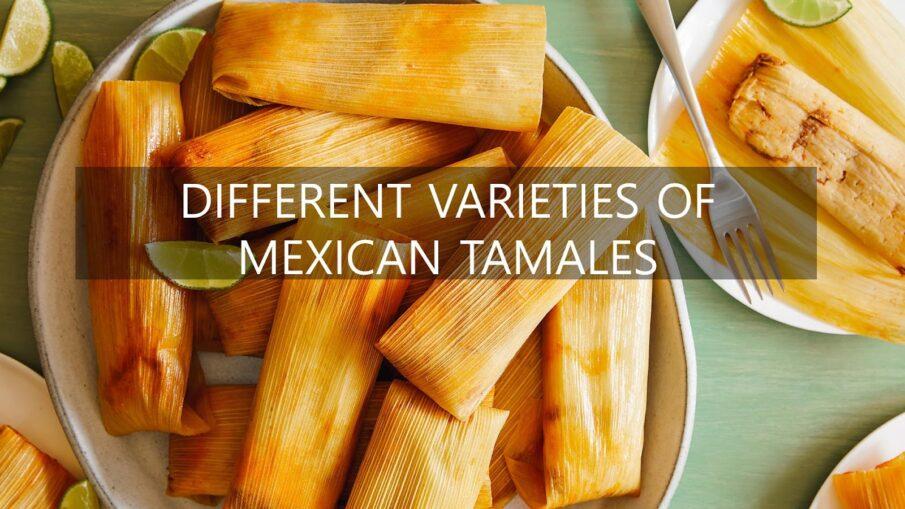 The tamale emerged about 5,000 years ago after domesticating corn crops – long before tortilla was part of the Mesoamerican culture. The simple preparation of this dish consists of a portion of maize dough mixed with other ingredients such as shrimp, beans, fish, or iguana, and later wrapped in a corn or banana leaf.

The cooking techniques learned by Mexican culture of grinding, kneading, nixtamalization, wrapping, and cooking the Mexican Tamales are practically the same ones that continue to this day. It is to dominate the culture’s diet, proving Mesoamerican ingenuity’s value.

After this fascinating introduction to the origin of tamales, we invite you to take a tour through different regions of Mexico. It will help you prepare your palate and learn more about this delicious dish which has a total of 370 varieties. You will get to enjoy the unique identity and taste of Mexico country.

So are you ready to order tamales online? Let’s dive in!

Tamales From The Northern Region

Tamales in the northern region are wrapped in a dry corn husk and prepared in smaller portions than others, so they are known as ‘finger tamales’ in Nuevo Leon. They are also popular in Durango, Coahuila, and other cities. They are usually filled with shredded meat, asadero cheese, and machaca (dried meat) seasoned with dried chilies.

Tamales From The States Of Veracruz

In the vibrant region shared by the states of Vercruz, San Luis Patosi, Hidalgo, and Tamaulipas, tamales take on a different share. The delicious zacahuiles can extend up to 5 meters and are cooked for approximately 10 to 12 hours in texcal (an underground oven with firewood).

This dish is made with crushed corn dough, turkey meat, or pork seasoned with cascabel and chino chilies sauce, wrapped in banana leaf. This variety of Mexican tamales is usually served at large celebrations.

Tamales From The Region Of Oaxaca

The Oaxacan version of tamales is wrapped in a banana leaf, and the dough is flavored with pepper leaf or acuyo. The most common filling is pork in red sauce, black or yellow mole, and sliced poblano pepper.

In the Mixteca area, it is very easy to order online chocolate tamales wrapped in a corn husk for cooking and bathed in cocoa shell sauce that adds a bit of acidity to create a contrast of flavors.

In the region’s central valleys, you can find tamales Stone tamales. Its dough is mixed with beans and wrapped in avocado leaves.

On the shores of Oaxaca, you can find tamales de tichinda, a river mussel seasoned with red chile sauce – a recipe shared with its neighboring state, Guerrero.

Tamales From The States Of Michoacán

One of the states with the greatest variety of tamale recipes is Michoacán. The Canarian tamale from Zitacuaro is made with rice flour to which almonds are added sometimes, and the lard is substituted with butter.

Patzcuaro’s uchepos are made with tender corn dough, which makes them fluffier, accompanied by sour cream, cotija aged cheese, and green sauce.

The corundas are perhaps the best known Mexican tamales nearby, wrapped in banana leaf, giving a triangular shape. These tamales are not usually stuffed, but you can find them with chilaca pepper slices or green sauce, pork, and purslane.

Tamales From The Southeast Region

Yucatan tamales are packed with cochinita pibil and wrapped in a banana leaf. They go together with habanero pepper and pickled red onion.

The most popular Cambray tamales in Chiapas are offered as a great feast at all celebrations. They are made with shredded chicken, prunes, fried bananas, raisins, olives, almonds, and bell pepper. You can easily buy these chicken tamales online.

One more Chiapas favorite is the chiltepin tamale, a common plant in Southeastern Mexico and Central America that gives a delightful flavor to the dough. They are filled with chicken or shrimp and shrouded in a banana leaf.

The pejelagarto or tropical gar is always present in the kitchen of Tabasco, and it could not be left out of the tamale recipes of this city. You can also find the chanchamitos served with annatto and tamales made with strained dough to give a smoother texture.

Tamales From The Central Zone

With many collective recipes in the states of Puebla and Tlaxcala, ayocote tamales await you. These Mexican tamales are 3 centimeters long and are accompanied by pipian – a sauce dating from the pre-Hispanic era made with tomatoes and pumpkin seeks. During its cooking, they are served with totomoxtle.

In Tlaxcala, anise tamales are enjoyed at large gatherings to complement the main dish, mole con Pollo, and collect every last drop on the plate.

In Mexico City, it is very prevalent to find a stall of mole tamales nearby filled with green sauce and chicken, rajas with cheese, and sweets – wrapped in a corn husk. A proper supply of bolillos (a typical Mexican bread) to prepare the famous guajolotas, nothing more than the tamale placed in the middle of the bread.

Tamales From The Gulf

In the port of Veracruz, you will find ranch tamales which are made with flavored dough, holly leaf, and then filled with chicken or pork. In the end, it is seasoned with Morita chile.

In Tepetzintla, they prepare them with beans cooked with pork rinds and coriander wrapped in papatla leaf, similar to the plantain leaf but smaller and widely used in the region.

Tamales From The Pacific

They cook the pork tamale with lard, potatoes, olives, and chilies in the pacific. You can easily buy these pork tamales online. They can also be stuffed with chile sauce or shredded beef. Other varieties are the tamales tontos or silly tamales made only from the dough without any filling.

Bearded tamales can be found easily in the coastal city of Escuinapa, which are usually prepared with shrimp with the head and the beard coming out of the tamale.

After reading all these tamales varieties, we are sure that your mouth will get watery. So have you decided on your favorite one from the list?

If you are eager to try one of the best Mexican tamales nearby, you may contact Texas Lone Star Tamales to taste the best tamales in town.