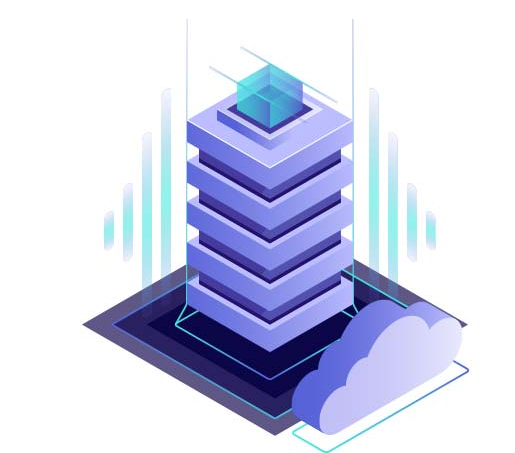 Businesses around us are making the move to cloud computing. Every place that we see, we hear success stories of how the business switched to cloud computing and everything changed overnight. However, the question remains intact in its place – why move to the cloud? The increasing complexity of the problem statement and lack of resources had us to dedicate an article on why people are so keen on moving to a cloud model.

Note that when the web-apps were first deployed, the app architecture was nowhere as robust as it is today. The apps were simple. Websites were not very engaging and the best most websites could do was display a few articles or horoscopes for the week.

The architecture then was so simple that several apps were easily hosted on a shared server, without compromising the performance of the server. But winds have changed over the years. As the number of users surged, websites had an internal battle among themselves – it was the battle to make things more engaging. Soon enough, the architecture started to become complex; codes were now tedious. Shared hosting solutions started to fail and the businesses were in a lookout for other hosting options.

It was then that VPS and dedicated servers came into light. These servers delivered baseline performance and, thus, quickly became the new normal.

The Dawn of Cloud Services

The winds were not in the direction of VPS/dedicated servers for long. Soon enough these two services also started to fail on their promises. Businesses had no choice but to buy the entire server – most of which remained idle.

Businesses started to realize that the massive cost of the entire server was just not worth it, especially when more than half of it was unused.

Leveraging the loose ends of VPS and dedicated counterparts, a new player entered the market. It soon became known as cloud computing. With the winds in favor, cloud services were soon sailing in the ocean of customers like no other service had sailed.

Cloud Migration and its benefits

Cloud server migration is the process that helps companies shift their entire IT infrastructure to the infra of a cloud-based provider.

Migrating to the cloud comes packed with a lot of benefits, explaining why the move is so dominant in today’s market. First, companies that have their applications hosted on cloud servers need not worry about scaling server resources (because scaling the resource in the cloud is instant and easy). Second, cloud services are 10 times more budget-friendly, offering a multitude of benefits in every way possible. Last and the most lucrative, unlike physical server, activities on the neighbouring cloud network does not directly impact your application performance.

By migrating to cloud server you will open yourself to an arsenal of benefits and possibilities.

Scale as you go

Out of all the perks offered by cloud servers, the one most discernible is its flexibility. This is perhaps the biggest reason why apps that need fluctuating levels of resources almost always opt for scalable cloud solutions.

Cost-cutting still remains one of the most dominant practices of squeezing extra profit out of business. By migrating to cloud services, companies can reduce their upfront expenses, since cloud services only involve operational expense instead of capital expenditure.

The pay-as-you-go billing model offers further relief to companies running on a shoe-string budget. Pay-as-you-go ensures that customers pay for the resources they are consuming. Resources that site idle can be scaled down and will not be accounted for in the bill.

Physical server ties you down to a particular workplace. The restriction of IP while accessing the server means you cannot have access to the server 24/7.

Cloud services are provider-managed. While you are in full control of frontend, the provider shoulders the responsibility of managing and controlling the backend API’s. With most of the things handled, you have more time to focus on business-enhancing activities.

Migration is a very intricate process, requiring a lot of expertise and months of planning. The following strategies will help you correctly tackle the otherwise complicated process.

Rehosting was formerly called the ‘Lift and Shift’. This strategy is the best for companies that already have an application hosted but are now keen on rehosting the same on the cloud. Such companies usually have massive data associated with the application.

Businesses that cannot restructure their systems should instead tweak the platform on which the application has been hosted. While re-platforming, the legacy architecture will remain unchanged, but this could be a costly affair to fiddle with.

Migration is a crucial decision in business life-cycle which should be avoided unless necessary. Having analysed the facts relating to clouds from inside out, I am of the opinion that cloud migration is a wise decision to make.

No doubt, cloud computing is the best services in today’s era, but as technology evolves, new updates will surface and subdue the deficiencies that existed previously. We cannot commit how long until cloud solutions kneel before its rival, but we are sure the craze is not going anywhere any time soon.

How Do I Start My Own Daycare in My Home

12 Ways to Improve Your Business in 2020 in Singapore