What is the step by step procedure to apply for Canada PR? 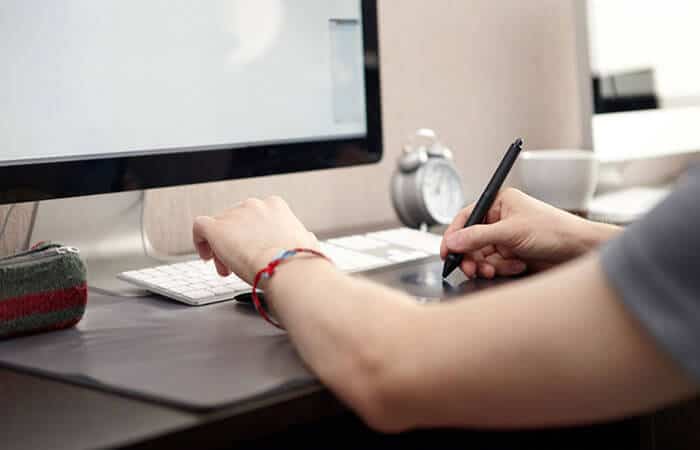 A vast majority of people from all walks of life want a better standard of living and for that, they prefer to migrate to the foreign lands to fulfill their dreams. And Canada is one of the most preferred destinations for aspiring immigrants for work, healthcare, and a better lifestyle. Moreover, the Canadian immigration process is less cumbersome than the immigration process of other developed countries such as America and the UK.

The permanent residency status for Canada can be obtained in 2 different ways:

1. Express Entry Program: This program allows the entry of the skilled migrants to Canada.

2. Provincial Nominee Program: This program allows the provinces and territories of Canada to nominate the candidate who wants to migrate to Canada in a specific province.

Primarily, it is the Canadian express entry program which is most prevalent and in order to apply for permanent residency (PR) under this program, a candidate needs to follow the steps stated below:

The first step to get into the race of permanent residency for Canada, is to appear for the English proficiency exam such as IELTS. Besides proving your English language ability by taking the IELTS exam, French is another preferred language.

For applying into Job Bank, a candidate has to select a Skill-set level 0 (Managerial), A (professional), B (technical), etc.

Under the Job Bank, the candidate is considered under any one of the following three categories:

Under this program, a candidate required a minimum of 67 points out of 100 and those are further dependent on various factors such as:

High points are given to the candidates in between the age group of 18 to 35 years.

Above 35 years, the candidate gets fewer points and

Beyond 45 years, a candidate will not be eligible for Express Entry but is eligible for Province Nomination program.

To be considered under the Canadian Express Entry, a candidate is required to have a minimum of a Diploma (Higher Secondary level), a Bachelor’s degree or a Master’s Degree. That is a must as that will be matched at par with the Canadian education system.

A candidate who has applied under the Canadian Express Entry, should possess at least 1-year full time working experience as a salaried employee under the skill O, A or B category in the National Occupational Classification list.

For a candidate to prove his language proficiency, he needs a minimum of 6-bands in each of the language modules i.e Speaking, Reading, Writing and Listening which is equivalent to CLB 7 where CLB is Canadian Language Benchmark. The test results should be under the validity time frame i.e less than 2 years. Additional points are allotted to the people who know the French language. A candidate can prepare for the IELTS exam on his own depending on his language level. And preparation can be done by gathering the IELTS material from various online portals and can also take IELTS practice tests available online or can even take IELTS live classes.

If a candidate is applying along with his spouse or a domestic partner, he will be given an additional 10 points for the same for adaptability.

If at all, a candidate already has a job offer from a Canadian employer, he gets added 10 points to his profile.

This is a federal economic immigration program which is managed by Immigration, Refugees and Citizenship Canada (IRCC). It pulls out the skilled workers from a specific trade. The list of trades that are eligible are given below and they come under the National Occupational Classification (NOC):

Major trade Groups and the category they fall under:

Minor trade groups and the category they fall under:

In order to apply under this program to migrate to Canada, a candidate has to have an employment offer and a certificate of qualification in that trade which is furnished by provincial authority. There is no educational requirement needed under the Federal Skilled Trades program.

Under this category, the candidate’s application processing time will be reduced to 3 to 4 months. If a candidate has worked in Canada for at least 1 year, he is eligible for Canadian Experience Class immigration program. But there are basic requirements that a candidate has to fulfill:

Language Proficiency:a candidate is required to have proficient language ability in all the areas: speaking, reading, writing and listening.

Under this program, there is no formal educational qualification is required.

The profile made by the candidate with the Job Bank will be placed in the Express Entry candidate pool in which the CRS points will be gathered. The higher the points the better the chances are of getting an invitation to PR. The PR of an applicant is totally based on the Point-based Comprehensive ranking system also called CRS.

If the candidate has completed his education outside Canada, then the third step is to get the Educational Credential Assessment (ECA) report from any recognized authority such as WES, etc. to check the equivalency of your educational qualification with the Canadian education. The completion of the educational credential assessment can fetch you an additional 150 points in the Comprehensive Ranking System (CRS).

The invitation to apply occurs in multiple rounds and in every round has a set of instructions such as:

The documents that are required for the Immigration or Permanent residency in Canada are: