Apps and Driving – An Unlikely Couple? 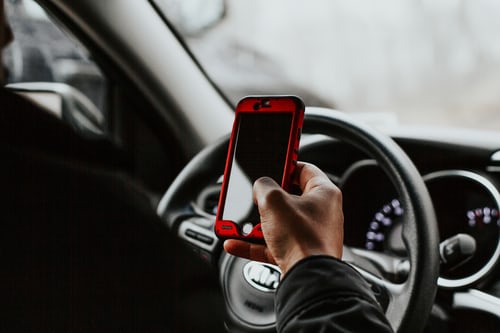 We live in an age of smartphone advancement. The phones are no longer that which they once were – nowadays, smartphones can be integrated into many different aspects of daily life. No longer merely about making calls and texting, the smartphone has been introduced with a large number of useful driving apps, ranging from useful to merely boredom-breaking. Although the use of phones behind the will is still frowned upon by law, as well as by common sense, there still is a lot of interesting driving apps to look at. Without any further ado, we present you with a couple of driving apps to check out.

Available for iPhone, this neat app utilizes your phone’s GPS and compass to mark your car. Although it isn’t really a car tracking app, this one can do you a world of good, when it comes to those of us who often forget where they’ve parked their vehicle (doubtlessly, it has happened to everyone at some point). The only downside to this app is useless in underground garages, seeing as how it relies on your device’s GPS signal, in fact, it may not even work in some indoor garages too.

When it comes to maintenance schedules, there is no better Android app than aCar. After entering information about maintenance schedules from your car’s manual, aCar will remind you when your car is due in the shop. Additionally, it can serve as a reminder of your car’s annual inspection. On top of that, it tracks fuel mileage and costs, something you definitely want removed as a car owner’s headache. aCar comes as a free app and is quite useful for any Android owner.

When it comes to road safety, smartphone apps don’t improve it all that often. However, with DriveSafe.ly premium version, you can rest easy, as this neat app reads your e-mails and text messages aloud while you’re behind the wheel. Moreover, DriveSafe.ly can even send out a response, stating that you’re unavailable at the time being. Although you’ll have to pay $13.95 for the premium version, which can handle up to 500 words per message, many are satisfied with the free version, with the limit of 25 words.

Now, this one serves exclusively for fun. If you aren’t lucky enough to be a proud owner of a monstrous V8 vehicle, you can feel free to try out this fan app. Although performance-wise it’s pretty useless, when you’re stuck in traffic, it can bright up your day, by using a fake V8 soundtrack. This way, even the hybrid car owners can get their laughs any time. XLR8 is available for both iOS, as well as Android and, although it usually tends to be useless, it can brighten your day in a matter of seconds in certain instances, such as heavy traffic!

When it comes to driving simulators, this app from Toyota is a real gem. In partnership with Discovery education, Toyota have come up with this useful driving simulator. Although every driving school in Melbourne will recommend trying out Toyota’s real driving simulator, worth millions of dollars, this interactive challenge game can do wonders for young drivers, seeing as how it’s both interesting, fun, as well as quite educational!

Not only does this app improve road safety, by warning you about your current speed and the speed limit wherever you find yourself at, but it also alerts you if the police are ahead. Quite useful for keeping your pockets turned the right side in!

The mentioned couple of apps range from useful to purely fun, but there are many more driving apps around, you should feel free to take a look at; after all, this is the age of Internet!