7 Amazing Facts About Manga Everyone Needs to Know 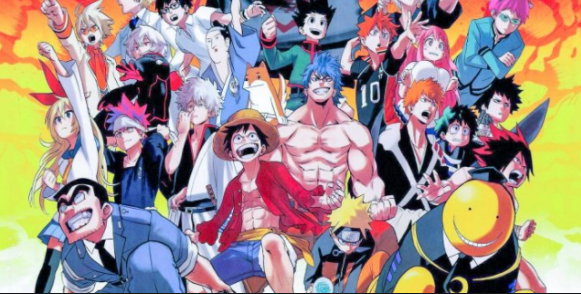 Reading manga for the first time is always an incredible experience. If you are into comic books, then you’ll love the awesome stories and art style that manga has to offer. Although the manga is quite old, both the classic and modern stories are great for readers.

It doesn’t matter what kind of genre you are interested in; you can find manga for it. This is what makes manga great from other forms of drawn art.

For people who are new to manga, here are 7 amazing facts that we believe everyone should know about manga

Manga is Originated from Japan:

Manga is the Japanese version of comic books. Although both are drawn forms of art, manga is much different than comic books in many ways. For example, manga can be traced to as far back as the 12th century. Manga means whimsical pictures and it is about drawing out different characters and stories for the audience. Manga is a massive part of the culture of Japan.

You Read Manga from Right to Left Direction:

When reading comic books, you go from left to right. Manga works in the opposite direction. Most of the manga that you find out there, you will read from right to left. It is just the convention for drawing manga. For example, most of the manga that you find at manga stream goes from left to right. This is the way you would read it on this website or other platforms.

Manga Can Run for Decades:

Certain manga titles have been going on for well over a decade now. Manga like One Piece and Dragon Ball Super is an example of that. Since just one chapter is released every month, this gives the manga creators enough time to create new stories and introduce new characters. This is one of the reasons why some manga can go on for years.

One Piece Manga Has Over 1000 Chapters:

Talking about long-running manga stories, One Piece is the World’s Best-Selling Manga with millions of copies sold worldwide. This manga started at the end of the 90s, and it is still going on, with over 1000 chapters released to date. And the best part is, the series just keeps getting better. This is the reason why people all over the world are still paying to read this manga.

Manga is Drawn by Hand:

Manga is drawn by hand and contains remarkable details. It takes a lot of time and effort to come up with a quality manga. And though the stories are great, some people read the manga just for the sake of art. They can see the effort that the creator has put into coming up with that manga and it is something that they deeply appreciate.

Japan has Many Manga Cafes:

If you are ever in Japan, you will find various manga cafes there. These are the places where you can sit and read your favorite manga in peace. You can enjoy a cup of tea or coffee and read manga without any kind of interruptions. You can visit pastnews to get suggestions about the manga online platform where you can find awesome manga to read. This kind of facility is not available anywhere else for manga readers.

Manga Has Many Genres:

Just like with other forms of entertainment, manga covers many genres. Whether you are interested in manga for kids or adults, you can find series as per your interest. Also, you can look for manga series based on the target audience as well. For example, Shonen manga is targeted towards the Teen Male audience and Shojo Manga is for the Teen Female audience. So, you can look for manga based on this distribution as well.

The popularity of manga and anime is increasing with every passing day. Manga is a huge part of Japanese Culture and now, it has started making its impact on cultures all around the world as well.

So, if you haven’t started already, we highly recommend that you read one of the latest classic manga series to see what they are all about it.